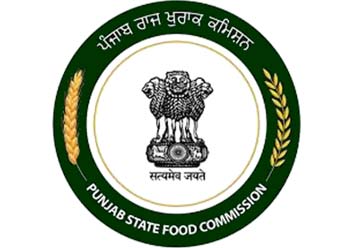 INVC NEWS
Chandigarh,
To fortify their grip on every aspect and provision of the National Food Security Act, the Punjab State Food Commission is organizing special camps for Guardians of Governance (GOGs) in the state.

Disclosing this here, Mr. D.P. Reddy, Chairman, Punjab State Food Commission said that these camps are being conducted from August 19 to September 6, 2019 in all the districts of the state. "And main objective to sensitize GoGs is to properly implement the schemes running under the supervision of the State Food Commission at grassroots level and their monitoring", he added.

He said that all participant GoGs would be sensitized about the mechanism set up for grievances redressel in case of any discrepancy found in the schemes. He apprised that as per the provisions of the commission, beneficiary can submit his complaint to the department concerned. And, if he isn't satisfied with the grievance redressal, he may also complaint to the Additional Deputy Commissioner (Development), besides, directly registering his complaint with the Commission. Apart from this, a complaint can be lodged at www.psfc.punjab.gov.in.

He said that on August 26, the camps will be organized in Sangrur and SBS Nagar, while in Barnala on August 27, Bathinda and Jalandhar on August 28, Mansa and Kapurthala on September 2, Ludhiana on September 3 and Tarn Taran on September 6. He said that the camps in district Ropar, Amritsar, Sahibzada Ajit Singh Nagar, Hoshiarpur, Ferozepur, Faridkot, Pathankot, Fazilka, Gurdaspur, Patiala and Sri Muktsar Sahib have already been conducted.