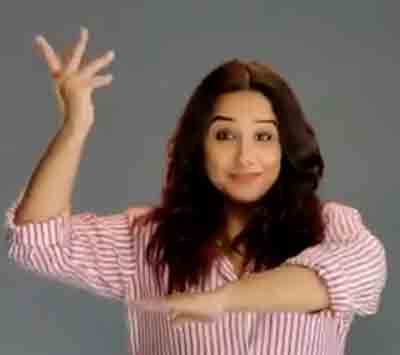 Vidya Balan is a versatile actress of Bollywood, who fits every character. Recently, the actress’s film ‘Jalsa’ was released, which got a good response from the audience.

At the same time, now the actress has started shooting for her next film. Vidya Balan will be seen in the film ‘Niyat’, which is being directed by Anu Menon. Vidya Balan has informed about starting the shooting of the film by sharing a picture on social media.

‘Niyat’ will be a suspense and thriller film, whose shooting has started in the UK. Vidya Balan has shared a picture on her Instagram account, in which she is seen holding the club board in her hand. Director Anu Menon is also seen along with Vidya Balan in the picture.

Along with this picture, Vidya Balan wrote, ‘Excited to start shooting for one of the most fascinating scripts I’ve read in recent times with some of my favorite people.’ PLC&GT