Allen Solly, one of India's most popular and recognised brands in the branded premium apparel segment today announced the launch of its most innovative concept yet – Colour Lab. This unique concept, the first of its kind, enables colour enthusiasts to co-create with Allen Solly through an interactive tablet available at the stores. In Spring Summer 13 they introduced 14 never before shades in shirts and trousers which turned out to be a raging success. And this Autumn-Winter, Allen Solly presents a one-of-a-kind product innovation that goes far beyond tweaks in fabric and style, into the exciting realm of digital technology. A product innovation that uses the finest of fabrics, an intelligent digital tablet and a robust dedicated manufacturing and distribution system to deliver custom-coloured merchandize. Just walk into an Allen Solly store near you, pick up the Colour Lab tablet, conceptualize and design your unique colour and we’ll match it for you in just 15 days and have it delivered using the best color and garment technology.

Allen Solly aims to target the 25-30 year old urban, upbeat, fashion conscious and socially connected man. The concept has been rolled out in 100+ stores across the country and in smaller towns making the technology accessible to the discerning. The initiative will be leveraged through a comprehensive media roll out. The campaign will play out across key metros and smaller towns over the course of next three months with an equally aggressive social media buzz. The innovative concept was recently launched in the Allen Solly store, Sector 17E, Chandigarh.The store spread across 2400 Sq.ft hosts a wide range of clothing for both men and women. Speaking on the launch Mr. Sooraj Bhat (Brand Head) Allen Solly said “For 20 years now, we have enjoyed a frontrunner’s fame for creating relaxed work wear for the unconventional mind. With the launch of “Friday Dressing” in 1995 and the brand’s celebrated Yellow Shirt commercial four years later, Allen Solly officially became a name forever synonymous with colour and innovation.” “Now, we are taking it to a whole new level”. He added The brand is growing assertively and aggressively at a CAGR of 37% for the last four years and plans to maintain a healthy CAGR of 30% for the next two years. Allen Solly has already crossed their target revenues this year reporting a 21% increase in same store growth compared to last year. Womenswear contributes to 25% of the brand’s revenue adding to the success. Its retail footprint in the last six months has seen new stores in the East and North markets adding to the current store count of 158. They aim to end the fiscal year with a number close to 200 stores with a target of adding 50 new stores every year.
Read the full article
Tags: free business news invc Spring Summer introduced Allen Solly Allen Solly 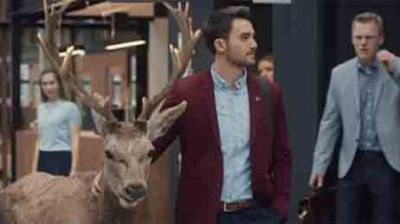 Allen Solly defines the Future of Bottom Wear with its...