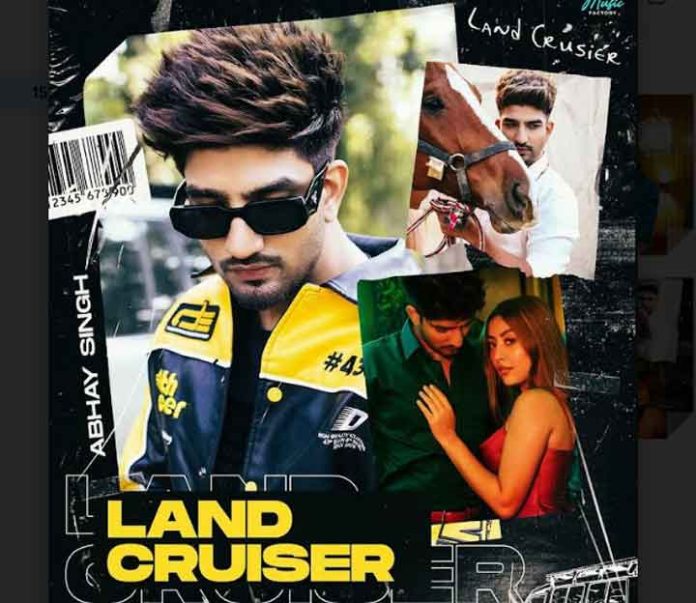 With his most recent song, “Land Cruiser,” released under the Gold Music Factory label, Abhay Singh, a rising star in the Punjabi music industry, has amassed a huge fan base. He is an amazing musician whose songs are making listeners around the world sit up and take notice. Apart from the latest song, “Land Cruiser” the producer, Arshaan Katoudia has produced three other tracks that gained immense popularity among the audience worldwide.

When a musician can manage the complexity of his words and music in addition to his voice, his individuality is revealed to the fullest extent. Similar traits can be recognised in the singer, Abhay Singh, who not only provided the song’s voice but also the thrilling and enthralling words to the song. Abhay Singh has demonstrated through his latest track how deeply talented he is, how much potential he has to gain favouritism among his fans, and how wonderful his voice is at capturing everyone’s attention.

Speaking of the song, it is a thriller track that is particularly excellent for people who enjoy dancing and are fans of Chandigarh’s Sectors 8, 9, and 10 (“Gedi Route”). The music that accompanies the lyrics is directed by “The Kid,” and the attractively featured music video has been directed by Gurinder Bawa. The song does not have a chance to be missed with its every skipped beat, which exudes youth flair and swag and controls their emotions and hearts. It will make your feet tap and hypnotise you. The track “Land Cruiser” exudes youth style and charisma. And connect with young people, who simultaneously rule their emotions while breaking the law.

Punjabi singer Abhay Singh expresses his gratitude for the audience’s overwhelming support and love by stating, “The Land Cruiser experience was really exciting for me since I got to try something new. Words cannot express the support I am receiving from my fans, and I am incredibly grateful to them for welcoming my music with open arms. The level of gratitude we are receiving from everyone demonstrates how well all of our efforts have turned out.”