Special emphasis has been laid on strengthening the infrastructure

The Union Minister of Consumer Affairs, Food and Public Distribution, Shri Ram Vilas Paswan congratulated Union Finance Minister Smt. Nirmala Sitharaman for presenting a development-oriented and balanced Union budget today. Shri Paswan said that if one pays close attention to the provisions of the budget, it is a budget of hope and one that inspires confidence. He said special attention has been given to enrich the lives of all citizens of the country and make them more capable and prosperous. Every class has been relieved. The government has continued to bear the expenses of food subsidy for the poor themselves and the rates have not been changed.

Shri Paswan stated that the Government has reiterated its commitment that the poor should get goods at affordable rates. The Minister added that while the scheme for distribution of foodgrains has been ongoing in the country fromthe past 50 years, no other government thought about the nutrition levels in those grains which is now being addressed.He said that the government has been concerned with the nutritional aspects of distributed foodgrains since 2014 and after multiple discussions and deliberations, started a pilot scheme for this in February, 2019 which will be rolled-out by this year itself. Shri Paswan emphasised that after its rollout, people will start getting a nutritious diet.

The Union Minister further said that due to the bumper yield of pulses in the year 2016-17 and 2017-18, India became self-reliant in pulses which in turn reduced import burden and helped save foreign exchange reserves. Shri Paswan asserted thatthe steps taken so far by the government to control the prices of essential commodities will continue in the future.

Hailing the Union Budget, Shri Paswan said that special emphasis has been laid on strengthening the infrastructure. Special focus has been given for development of youth, poor, farmers, laborers, small businessmen, middle class and women without putting any extra burden of taxes on poor and middle class.Several provisions have been made to encourage educated youth towards startups. A new TV channel will be launched for startups in the country. Under the stand-up India Scheme, women, SC / ST entrepreneurs will be given benefits.

Shri Paswan further added that special emphasis has been laid on the upliftment and economic development of women. Women Jan Dhan Account holders will get 5,000 rupees overdraft facility and female entrepreneurs are being promoted as priority will be given to them under the Mudra Yojana, Startup India and Standup India scheme.New national education policy will be brought out to promote research and a National Research Foundation will be established.

Shri Paswan said that the aim is to ensure that every household has access to LPG facility, a ‘Pucca’ house and clean tap water and also to provide electricity to 70 million people by 2022.One Nation One Grid, is an important step towards connecting the whole country through a common electricity grid.The development of infrastructure in agriculture sector has been given priority. The government has taken the resolution to transform ‘Annandatas’into ‘Urjadatas’. As many as 10,000 farmer producer organizations will be created in the next 5 years.

Procurement was not stopped due to lack of packaging materials...

States have already lifted the food grains under Atma Nirbhar... 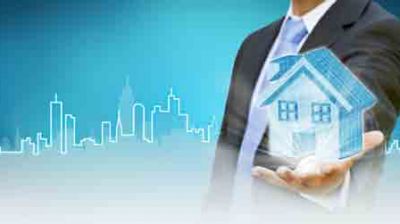 It is mandatory to award work only when 90 per...