Home literature world Books Special discussion is going on for the book Modi at 20: Dreams... 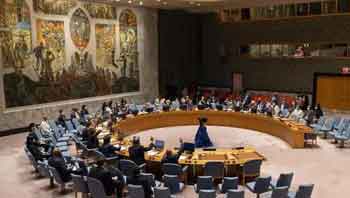 Special discussion is going on for the book ‘Modi at 20: Dreams Meet Delivery’

Prime Minister Narendra Modi himself is very dedicated towards his responsibilities, he also keeps his ministers very busy. Day or night, he is the Prime Minister who works round the clock for seven days. External Affairs Minister S Jaishankar was talking to Columbia University professor and former Vice Chairman of NITI Aayog Arvind Panagariya in a special discussion on the book ‘Modi at 20: Dreams Meet Delivery‘.

On this occasion, he tried to explain PM Modi’s dedication towards work with an example.

This is about the time when an attempt was made to attack the Indian Embassy in Mazar-e-Sharif, Afghanistan.

The External Affairs Minister said that as soon as the information reached New Delhi, we all swung into action. Efforts were being made from all sides how to provide help and our people should be safe there. Doing all this. It was midnight, it was more than 12.30. S Jaishankar told that when my phone rang.

Usually no caller ID works when the prime minister’s call comes. When I picked up the phone, a direct question came from the other side, are you awake? I said yes sir. PM Modi again asked, are you watching TV? What is going on there (Mazar-e-Sharif)? To this I said, Sir, the attack is still on. Help is being delivered. Hopefully the situation will return to normal in two-three hours.

PM Modi said, tell me when it happens. I said, Sir, when the operation is over, I will send your information. There was peace for a few moments, then the PM insisted – definitely tell me.
External Affairs Minister Jaishankar said that this is a unique quality of Prime Minister Narendra Modi. He does not look at the clock while working.

His entire time is devoted to the country and his people. Recalling his first meeting with Prime Minister Narendra Modi, External Affairs Minister Jaishankar said, I clearly liked PM Modi before meeting him. I would say on some level, as many would complain, he is a micro-manager. I can calm down a bit. But the level of preparation done by the PM is commendable.

PM Modi starts his day at 7.30 am and keeps on working, not getting tired while others who work with him may get tired. You ask if PM Modi can bring change, but I say PM Modi himself is the result of a change. Someone like him has become the Prime Minister of India from the poor section of the society, it shows how much the country has changed.

When you are in political life, you have to face different types of challenges. But when a person is honest towards himself, his work, then his glimpse is visible.

Keeping politics aside, he said that PM Modi emphasized on sticking to national policy. Apart from what I should say, he also asks what should I not say, he also asks for feedback. S Jaishankar underlined, be it good times or bad times, he is always present on the march.

Politicians always show up in good times. When things get tough, we find PM Modi leading. We have seen this during covid, not every leader steps up in difficult times. He has taken several steps to protect Indian citizens in Afghanistan, which has been under Taliban rule for over a year now, and also in Ukraine, where the war has been going on for more than a year. PLC/GT