Home Other Indian State News Some people are considering themselves as Balasaheb. They are roaming around with... 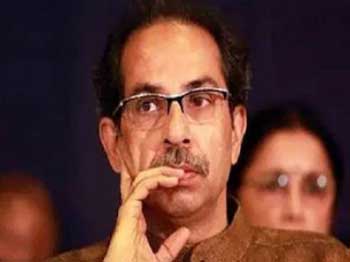 Chief Minister Uddhav Thackeray is addressing a massive rally at MMRDA Ground in Bandra Kurla Complex, Mumbai. He said- BJP people are after Dawood today. If Dawood joins BJP tomorrow, these people will make him a minister too. I said in the middle that our Hindutva is a mace bearer, not a bell bearer like yours. Devendra Fadnavis had said that our Hindutva is donkey. Yes, we removed the donkey from us 3 years ago. It takes strength to lift the mace, which only Shiv Sena has.

Uddhav said- On May 1, Fadnavis said that he will make Mumbai independent. Even generations like you will not be able to do this. Whoever tries to do this, Marathi and Hindu will break him into pieces. Such an illusion is being spread that BJP is the protector of Hindutva. These people are trying to break my Mumbai.

They are making more sound by wearing a burqa of false Hindutva. I have entered the field after a long time. I am breathing freely. I have many topics to speak on. Uddhav further said that the Sangh did not enter the fight for the country’s independence even once. What is your role in the independence of the country? The Jana Sangh was the first to run away from the Samyukta Maharashtra Committee. I was watching the PM’s Covid conference like IPL. I didn’t want to speak. While speaking, the way to reduce inflation was told that you should reduce the price of petrol. We are not giving our GST money.

Told Owaisi to BJP’s B team

Targeting Raj Thackeray, Uddhav said that some people are considering themselves as Balasaheb. They are walking around with saffron shawls. There is a chemical elasticity in his brain. They are behaving like Munna Bhai. Maharashtra is going ahead, it is not being seen from them. BJP says that Shiv Sena is no more Shiv Sena of Balasaheb. Was BJP Atalji’s BJP? plc&gt