Home Business Some Indian names have been released in the media which are allegedly... 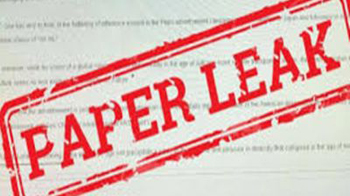 As on 01.10.2021, total undisclosed credits amounting to Rs. 20,353 crore have been detected with respect to 930 India linked entities in the Panama and Paradise Paper Leaks. This was stated by Union Minister of State for Finance Shri Pankaj Chaudhary in a written reply to a question in Rajya Sabha today.

The Minister stated that Income Tax Department takes appropriate actions in case of persons, who are found to be involved in violation of the provisions of various Acts administered by the Income Tax Department like the Income Tax Act, 1961, and Black Money (Undisclosed Foreign Income and Assets) and Imposition of Tax Act,2015 etc. Such actions under direct tax law include searches & seizure, surveys, enquiries, assessment and reassessment of income, levy of taxes along with interest, levy of penalties, filing of prosecution complaints in criminal courts etc., wherever applicable.

The Minister further stated that some Indian names have been released in the media which are allegedly linked to the Pandora Papers Leak. The Government of India has taken cognisance of the same and for the purpose of coordinated and speedy investigation brought the Pandora Papers Leak under the umbrella of Multi Agency group (MAG), which has been constituted under the convenorship of Chairman CBDT, with Directorate of Enforcement (ED), Reserve Bank of India (RBI), Financial Intelligence Unit India (FIU-IND) and Foreign Tax &Tax Research division of CBDT as its members agencies. Further, investigation is under progress.