INVC NEWS Bhopal, Chief Minister Shivraj Singh Chouhan said that solar energy is the energy of the future. Shri Chouhan was speaking on the occasion of Rewa Ultra Mega Solar Project Agreement today. Union Minister Shri Venkaiah Naidu said on the occasion that the government has obtained a new identity for the state. Union Minister of State for Renewable Energy Shri Piyush Goyal said that Rewa Project has been accepted as the ideal standard of solar energy in the country.

Chief Minister Shri Shivraj Singh Chouhan said that the state will be the leading state in the field of solar energy. Renewable energy is the energy of the future and work is being undertaken in this sector speedily. Rewa Ultra Mega Solar Project is paving new ways for solar energy production and use. He said that road, electricity and water are basic necessities for development. State government has chosen the road to development with responsibility so that the question of existence does not arise with the future generations. In this direction, the Narmada Seva Yatra has been initiated in the state for environmental awareness. Shri Chouhan said that the country has got a visionary leader in the form of Prime Minister Shri Narendra Modi who has become an icon of the world. Madhya Pradesh is committed and will leave no stone unturned in fulfilling its dream target of One lakh M.W. Solar energy. On Rewa Project getting the minimum rate of solar energy in the country he said that this is the result of efforts put in with firm resolve, strong will, transparent process and honest intentions.

Union Minister for Urban Development Shri M. Venkaiah Naidu said that earlier Madhya Pradesh was such a special state of the country that was abundant in resources but politically ‘bimaru’. Now the dynamic government of the state has obtained a new identity for Madhya Pradesh. The participation of six international organizations including France, Japan, Italy, Singapore in the auction of the Rewa Ulta Mega Solar Project is a significant achievement. This magical transformation is a result of the government’s commitment and honesty. Lauding the efforts of the state’s urban development, he said that out of 20 chosen for Smart City in the first phase, the selection of seven cities of the state is proof of the state’s commitment for development. Madhya Pradesh is leading in Amrut Yojana also. He said that the service of Narmada is a must for our life and is a very pious effort. He also lauded the initiative of planting 12 crore saplings. He said that a New India is taking shape under the leadership of Prime Minister Shri Narendra Modi. Effective work is being done under Sabka Saath, Sabka Vikas to ensure maximum participation of people so that its benefits reach out to maximum number of people. As a result, the unknown faces carrying out the job have bagged the Padam Award. At least one crore 20 lakh families took the initiative of foregoing the gas subsidy. Prime Minister is carrying out work in every sector. While electricity had not reached more than 18,000 villages in 70 years of independence, all villages will now be electrified by next year. He said that the Central government is working on the strategy of schemes being made in streets and not in Delhi.

Terming the Rewa Ultra Mega Solar Power Project as an example for the country, Union Minister of State (Independent Charge) for New and Renewable Energy Shri Piyush Goyal said that the project has been accepted as an ideal standard in the country. Despite surplus availability of power, the initiative of the state in the field of Solar Energy is proof of the farsightedness of the state towards new and renewable energy and its sensitivity towards the environment. He said that by obtaining minimum rate of solar energy in the country, the state has shown that by decisive leadership, participation, result-oriented efforts, farsighted procedure, scheduled task, financial innovation, technique and honest intentions unimaginable targets and results can be obtained. He said that the country is progressing fast in the leadership of Prime Minister Shri Narendra Modi. The availability of renewable energy has increased more than 370 percent. Today 12,200 MW renewable energy is available in the country compared to 2600 in the year 2014. By the end of 2017, the availability will be 20,000 MW which will be five times the earlier fixed target.

International Finance Corporation representative Sushri Isabelle Chatterton informed that power is must for clean drinking water, education and employment. The Corporation provides assistance for its availability. She termed Rewa project as an effective effort for stable development.

Rewa Ultra Mega Solar Limited Chairman Shri Manu Shrivastava gave information about the project. He said the several works in the project have been undertaken for the first time. To secure investment, there have been innovations like state government guarantee, Rewa to be made distribution point and increase in state government role. As a result of transparent processes, financial and institutionalized innovations, we attained the lowest rate of Rs 2 and 97 paise per unit of solar energy. 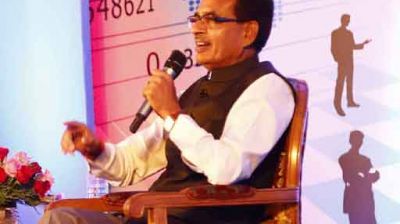 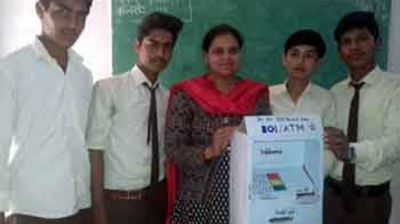 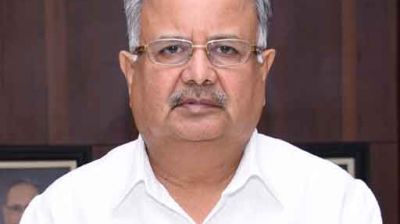