The no-show SFJ rally in London has exposed the total lack of ground support for the Referendum 2020 even outside India,

according to Punjab Chief Minister Captain Amarinder Singh, who has dismissed the entire affair as a futile exercise by a sham organisation to create trouble in India, particularly Punjab.

The Sikhs for Justice (SJF) are just a group of fringe elements that are playing into the hands of Pakistan’s ISI to divide India, but they have failed, and will continue to fail in their nefarious designs, said the Chief Minister. The presence of Pakistani politicians at the rally confirms that it was out and out an ISI plot, which fell through, just as their attempts to create trouble in India have been failing all these years, he added.

Reacting to the UK rally, the Chief Minister said that, as expected, it turned out to be a damp squib, participated by a handful of elements. He, however, felt the UK government should have put its foot down and not allowed its soil to be used to propagate anti-India campaign.

Further castigating the UK government, Captain Amarinder Singh said that by allowing the protestors to use Trafalgar Square, instead of the usual Hyde Park that’s generally used for such purposes, it had shown its total complacency in the issue.

The entire referendum business is nothing but a money making racket of SFJ, with no takers for the so-called campaign either in India, or even outside, as is evident from the poor show at the rally, he added. There was virtually nil local support for the rally and whatever little support they had managed to garner was of similar fringe elements from various countries, said the Chief Minister.

The presence of Pakistani leaders, including Nazir Ahmed who openly spoke of dividing India and splitting Kashmir, Punjab and Nagaland from it, made it clear that the rally was a game plan of the ISI - a fact further endorsed by the presence of separatist Kashmiris living in UK, said the Chief Minister.

Some of these Kashmiris were forced to wear turbans to make them look like Sikhs, said the Chief Minister, citing ground reports. And the handful of Sikhs around had evidently been forced to come, he added.

Describing the SFJ fringe elements as mere social media tigers, who are trying to create a hype even when they have no support, both in India and abroad, the Chief Minister said the Sikhs were a patriotic community who have always stood for the unity and integrity of the country. As many as 90,000 Sikhs are serving in the Indian army, defending the country’s borders, he pointed out, adding that SFJ could never succeed in misleading the community into falling for their selfish designs.

The Chief Minister warned the SFJ and all other such anti-India forces to stay out of the country and refrain from any attempt to foment trouble in Punjab, or any other part of India. Their efforts will backfire on them, he said, adding that his government would deal with such elements with an iron hand. Nobody would be allowed to disturb the peace and the communal harmony in the state, he declared.

Reforms implemented to raise the standard of education 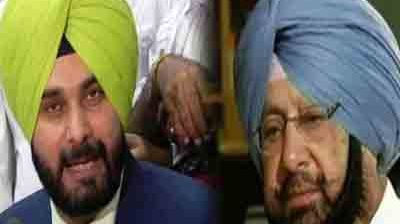 Did not succeed in disrupting

Well equipped to tackle any threat 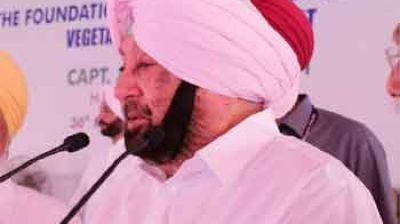 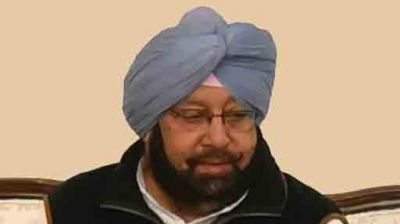 We will not allow anyone to disturb the state’s peace... 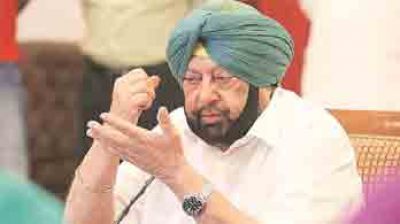