Mumbai ,
The News18.com iReel Awards 2019, lauded and recognized the eminent makers and actors who have redefined and brought about a revolution in the web series space at the JW Marriot in Sahar, Mumbai. The gala evening that celebrated excellence in the Indian homegrown content on OTT platforms, was held in the midst of distinguished artists, film-makers and producers. Dressed to impress were Rajkummar Rao, Divyendu Sharma, Radhika Apte, Pankaj Tripathi, Rajshri Deshpande, Amol Parashar, Ranvir Shorey, Surveen Chawla and Aparshakti Khurrana who upped the glamour quotient at the star-studded event. Being the pioneer in providing a platform that celebrates the plethora of pathbreaking content in the Indian OTT space, the second edition of the News18.com iReel Awards proved to be a bigger and grander affair than its predecessor. 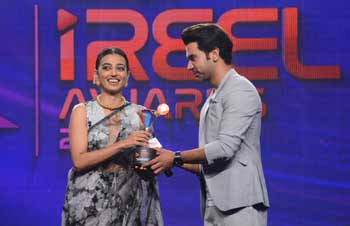 While there is a plethora of award shows dedicated to toast Bollywood stars, iReel Awards is one of those few endeavours that was started last year with the intention to salute the new media and the gamut of its original entertainment content. The awards were judged by industry stalwarts like Ashwini Iyer Tiwari, Shakun Batra and Onir. News18.com iReel Awards 2019 was brought to you by official Radio partner Radio City & Ishq FM, Outdoor partner Minimax & JR, Associate partner LIC, Fashion partner Shoppers Stop, Auto partner Honda Activa.

It was raining awards for Netflix as Delhi Crime, the pacey drama based on the Nirbhaya case, scooped the Best Drama award, the Best Writing (Drama) accolade as well as the versatile and very talented Shefali Shah going on to claim the Best Actress (Drama) award.

Speaking on winning the Best Drama award, Delhi Crime director Richie Mehta commented, “This was a story that truly touched my heart. The unfortunate event in Delhi and what happened gripped me to an extent that I got in touch with a host of officials in Delhi Police and the IPS. Their insight and perspective helped us get a realistic and riveting take on an incident that shook the nation. I thank them entirely for being the reason for the show’s success.”

The highly appreciated Sacred Games too added to Netflix’s trophy cabinet as Amruta Subhash claimed the Best Supporting Actor (Female) award and Alokananda Dasgupta bagged the Best Music Award. In the comedy genre, Netflix’s Little Things 2 earned the moniker of being the best in the business as they won the Best Comedy award.

Proving to be a jack of all trades, Netflix saw shows with a realistic backdrop as well as those on the light-hearted side win accolades. With a dark underlying theme backed with a host of well-etched characters, Delhi Crime made for a riveting take on the horrific 2012 incident in the capital. Shefali enacted the role of the protagonist Vartika Chaturvedi, DCP South Delhi, and delivered yet another path-breaking performance. On the other hand, Little Things 2 was a realistic tale of Dhruv and Kavya, a modern-day couple who go through a whole lot of ups and downs. Further accolades followed for the show as Mithila Palkar went on to claim the Best Actor Female (Comedy) award.

Winning plaudits aplenty for his brilliant portrayal as Kaleen Bhaiya in Amazon Prime’s Mirzapur, Pankaj Tripathi beat a host of other heavyweights to claim the Best Actor (Drama) award. Portraying the role of a city don who uses his legitimate trade as a cover for his guns and drugs business, Mirzapur proved to netizens all over that no role is tough enough for an actor of Pankaj Tripathi’s calibre.

Speaking on winning the highly-coveted accolade, Pankaj Tripathi said, “I was part of three of the nominated web series here. I’m 44, If I had won this when I was 30, I would have broken down in tears owing to the sheer jubilation. I’ve lost that opportunity.”

Rewarded for playing unconventional roles that have created new benchmarks was Bollywood actress Radhika Apte, who was presented the Breakthrough Artist award by Rajkummar Rao. Speaking on accepting the prestigious award from Rajkummar Rao, she said, “It’s such an honour to have the opportunity to work on a platform that has today got so much attention. We now have the platform to churn out much better content over diverse genres. The best is yet to come in the web series space.”

Mirzapur went on to bag another award as Divyendu Sharma won the Best Supporting Actor (Male) for playing Phoolchand "Munna" Tripathi, a spoilt brat who wants to follow in his father’s footsteps and become a mafia don.

The Best Actor (Comedy) award was won by Amol Parashar for his quirky portrayal in TVF’s Tripling 2, while Nikhil Vijay for Gullak bagged the Best Writing (Comedy) award. Earning a reputation for their rib-tickling comedy on offer, Amazon Prime’s Comicstaan 2 won the Best Non-Fiction award.

Speaking of the event, Puneet Singhvi, CEO - Digital & President - Corporate Strategy at Network18 said, “Growing from strength to strength, the home-grown web series space in India has displayed tremendous amounts of innovativeness, and brilliance. Having started last year, the News18.com iReel awards has grown to be a successful entity that salutes the new media and the gamut of original content. As we celebrate the web space, I feel extremely happy that we, at News18.com, are the first to honour and acknowledge the stories and storytellers. This is a medium that gives propels creativity to greater heights resulting in some impeccable piece of work being created for audiences around the country. It is gratifying to see the country's finest filmmakers, storytellers and actors have come together to celebrate the art of storytelling through digital media.”

It was an evening graced by the who’s who of the Indian web-series space that brought a host of Bollywood celebrities, directors all under one roof. It was a night to remember for the new-age artists who received their well-deserved awards. With the awards also laying impetus to web series that tackle prevalent issues in society, there was a special mention for Hawa Badle Hassu, a science-fiction environmental thriller.
Read the full article
Tags: Ranvir Shorey Divyendu Sharma Shefali Shah Radhika Apte Surveen Chawla Rajkummar Rao Amol Parashar Pankaj Tripathi Network18 Puneet Singhvi Delhi Crime News18.com iReel Awards 2019 Rajshri Deshpande 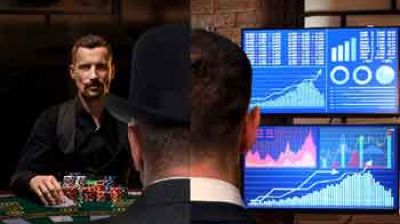 Delighting poker enthusiasts around the country, moneycontrol introduces it's first... 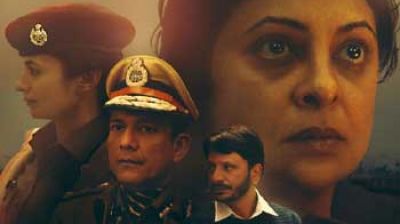 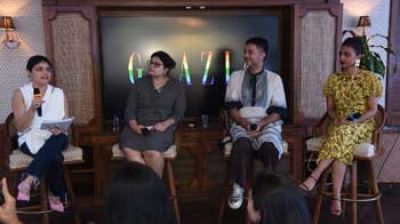 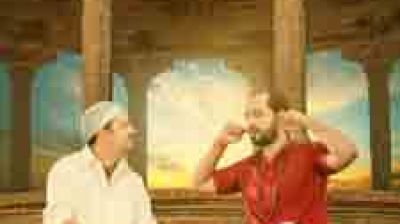 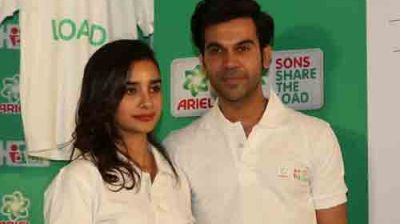 Rajkummar Rao and Patralekha Reveal the secret of Their Successful... 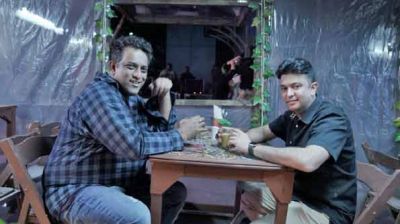 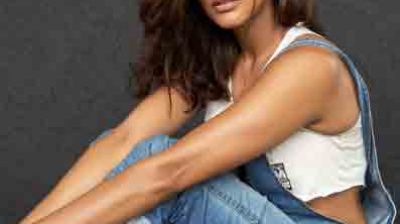 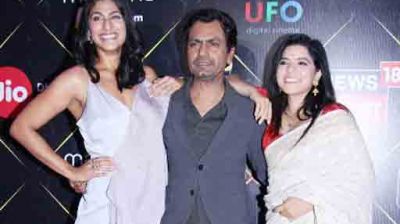