Shambhabi Imprint at Oxford Bookstore Kolkata launched the book The Mark, authored by Bitan Chakraborty, who is best known as the founder of Hawakal Publishers. He is also an acclaimed story writer, translator, and editor of the Bengali print journal, Atibhuj. The book was formally released and discussed by Sharmila Ray, Sudeep Sen & Indrajit Bose. The occasion marked the presence of acclaimed poet Kiriti Sengupta, who is also an editor, translator, and publisher from Calcutta, Utpal Chakraborty, who is a teacher of English literature, translator and bilingual poet.

The afternoon culminated with conversations, lively discussions on literary work and insightful journey of authors, publishers and translators in the literary sector and the audience witnessed Hawakal launch its first imprint, CLASSIX, through the release of Sudeep Sen: Interviews which is a collection of selected conversations and interviews of Sudeep Sen, widely recognized as a major new generation voice in world literature and one of "the finest younger English-language poets in the international literary scene." Jhilam Chattaraj, eminent academic, poet, and literary interviewer, was in conversation with Sudeep Sen for the event.

The book 'The Mark' is a collection of seven short stories by Bitan Chakraborty and translated from their original Bengali by Utpal Chakraborty. The collection enables readers to identify the often-ignored signs of day-to-day living. It also allows them to revisit memories, resulting in the revival of a few existential queries, buried in our hearts for years.

The story begins and ends on the same note, with the same trouble. Yet the full picture does not emerge until we endure the story with the characters. We become participants or observers of the action as we pick through its details. Bitan Chakraborty is not reacting against postmodern philosophy—instead, he is revealing a visionary approach to solving the impasse of the narrator by letting the story tell itself as well as inviting the reader's surprise. The stories also have a uniquely crafted style. They create microcosms within microcosms—as if each twist runs parallel to the opening—like planets revolving around the sun by the law of gravity.

Sudeep Sen: Interviews contains a generous 350-page selection of the best conversations and interviews with the writer on his life and work, culled from over 30 years or so, which have appeared in newspapers, magazines, and journals around the world. Leading international and national scholars, critics, writers, and journalists have spoken to Sen in detail about the intricacies of his literary craft, about his preoccupations, interests, and obsessions. Taken together, the book reveals the important interior spaces and his creative and intellectual landscape of "one of India's foremost poets." Sudeep Sen is widely recognized as a major new generation voice in world literature. "Writing poetry over so many decades in a world that values lucre over passion, fiction over poetry is an uphill task. To stick to a genre that does not easily find ready readership or publishers, for the most part, takes a mad kind of "courage" and a dogged "love [for] the art." It is this that has allowed me to pursue poetry and all things related to poetry — the writing of it, translating, editing, publishing and supporting young writers. At the core of it, poetry gives me the greatest joy in my life," writes Sen in the preface to the collection.

About the Bitan Chakraborty

Bitan Chakraborty is best known as the founder of Hawakal Publishers. He is also an acclaimed story writer, translator, and editor of the Bengali print journal, Atibhuj. As publisher, Chakraborty drives one of the foremost independent presses in India, working simultaneously on Bengali and English literature. Be it Bengali fiction and poetry, or English poetry, fiction, nonfiction, and literary criticism, Chakraborty has emerged as a niche publisher, helping both emerging as well as established writers and poets across the globe.  Hawakal began their journey back in 2009; having passed a decade's struggle in the publishing industry, Chakraborty has finally been bestowed the title as one of "the flag-bearers of verse" in the Indian subcontinent. As a proficient raconteur, Chakraborty has made a lasting impact with his collection of Bengali short fiction, Santiram-er Cha, later translated into English under the title, Bougainvillea and Other Short Stories. Having authored six collections of prose and poetry, Bitan Chakraborty emerges as an extremely talented littérateur of the present day.

Shambhabi Imprint is run by Kiriti Sengupta, who is a noted poet, editor, translator, and publisher from Calcutta, India. He is the recipient of the 2018 Rabindranath Tagore Literary Prize for his contribution to literature. He has published eleven books of poetry and prose and two books of translation and co-edited five anthologies. Sengupta is the chief editor of Ethos Literary Journal. More on kiritisengupta.com

Utpal Chakraborty: A teacher of English literature, translator, author of academic interest, and bilingual poet. He is a regular contributor to leading Bengali and English magazines. His Concept, containing critical appreciations of prose and poetry, and the teachers and the taught alike have well received his books on writing skill released by the Calcutta-based Nabodaya Publications. Utpal's Uranta Dolphin, an acclaimed collection of fifty-five Bengali poems, was published by Signet Press in 2018.

Sharmila Ray is a poet and non-fiction essayist, anthologized and featured in India and abroad. She is an Associate Professor and Head of the Department of History, City College, Kolkata. She has authored seven volumes of poetry. Her poems have been translated into many languages.

Indrajit Bose is currently an Assistant Professor of English at Guru Nanak Institute of Technology, Sodepur. He graduated from St Xavier's College, Kolkata and did his MA and PhD in English from Jadavpur University. He holds the eTBE certificate from the University of South Carolina, United States, and has been trained in ELT by the British Council, India. Bose is a Fellow at Presidency College, Kolkata. He also teaches French at GNIHM, Sodepur. He is a teacher trainer, materials developer in ELT, poet, and translator. Bose is the Chief Editor of Poetry Central.

Jhilam Chattaraj is an academic and poet based in Hyderabad. She has authored the books, Corporate Fiction: Popular Culture and the New Writers (2018) and the poetry collection When Lovers Leave and Poetry Stays (2018). Her works have been published in journals like Colorado Review, World Literature Today, and Asian Cha among others. She received the CTI excellence award in “Literature and Soft Skills Development”, 2019 from the Council for Transforming India and the Department of Language and Culture, Government of Telangana.

Established in 1919, Oxford Bookstore is the best equipped 'base-camp' for journeys of the mind offering its customers the widest range of outstanding titles and consistently courteous and informed service for close to a century. Today, with more than 30 stores in India, India's first dedicated Children's bookstore, Oxford Junior, India's first of its kind tea boutique, Cha Bar, India's only literary festival created by a bookstore, Apeejay Kolkata Literary Festival, Oxford Bookstore offers book lovers access to the very best in publishing enhanced by a variety of events which salute books, visual & performing arts and celebrate the word. Oxford Bookstore measures its success by the smiles on millions of happy customers that the brand has served over the last 9 decades. There are a few treats as sumptuous as a visit to Oxford Bookstore in India. Each time you walk into our iconic store in Calcutta where the brand started in 1919, its charm leaves you wanting for more. Our fleet of 200 happy to help expert booksellers and informed hosts work day and night to bring to customers world class reading experience be it through our books or our fine teas and live by the brand's motto - Much more than a bookstore – at every Bookstore, be it Kolkata, Mumbai, Bangalore, Bhubaneswar, Hyderabad, Shillong, Silliguri, Guwahati or Goa.

Power of Awakening by Anubha Gupta unveiled in National Capital

The book has become a tradition and is becoming popular... 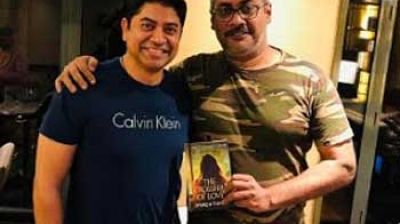 Abhinav Kashyap Releases “The Crossfire of Love”, A Novel by... 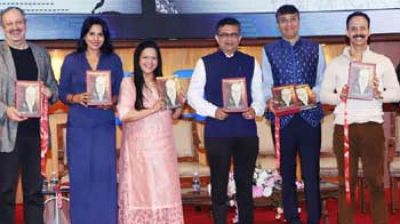 An Expert Panel Launched the Book “Messages from Messengers” By... 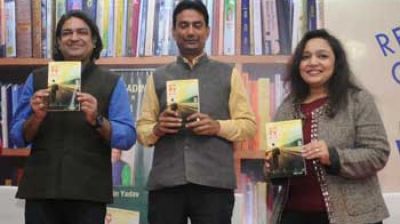 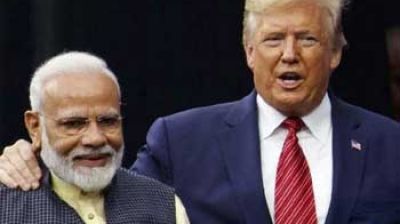