Several aerospace, defence, automobile, space devices need to reduce friction, wear, and tear to enhance the life of components. The usual route taken is to lubricate these dynamic systems, which add to the cost, complexity, and weight of these systems.

A group of scientists at the International Advanced Research Centre for Powder Metallurgy & New Materials (ARCI), an autonomous R&D center of the Department of Science & Technology (DST) have developed a process for size-selective deposition of nanocomposite coatings which can reduce  friction of these dynamic systems.

The scientists have found that nickel tungsten-based coatings with impregnation of particular sized Silicon Carbide (SiC) submicron particles using an economical and straightforward pulsed electroplating or electrodeposition process can provide an excellent combination of wear and corrosion resistance with the low friction coefficient and good oil retention capacity.

The coatings developed by the ARCI group reduced friction more and could withstand corrosion due to salt spray better than many similar wear-resistant coatings available in the market.

The coating could address the emerging need for coatings with low friction and wear. Nanocomposite coatings with hard particles inside a tough matrix result in the best combination of wear resistance and reduced friction. However, the size of reinforcement particles is a critical factor in deciding the friction characteristics. Too much variation in the size of reinforcement particles in composite coating results in premature failure of the coating due to stress concentration.

Electrodeposition also called as electroplating, involves the metal parts to be immersed in an electrolyte bath solution, in this case, typically prepared by dissolving crystals of Nickel (Ni) and Tungsten (W) salts in a mix of distilled water and other additives. A direct current (DC) was passed through the solution, and the resulting reaction left a deposit of Ni-W alloy on the piece being plated. During electrodeposition, a diffusion layer was formed at the cathode surface due to movement and deposition of metallic ions in solution.

For size-selective electrodeposition, pulse current (PC) electrodeposition – intermittent application of current was used in place of conventional direct current (DC) deposition. Pulsed currents of certain amplitude and duration helped in depositing coatings of desired properties, which would not be possible with conventional DC plating.

The recent finding by Engineered Coatings group at ARCI shows that, by careful selection of pulse parameters, reinforcing particles of a given size can be selectively and uniformly deposited in a metallic matrix. In this process, during electrodeposition, only particles having a size equal to or less than diffusion layer thickness can be incorporated into the nanocrystalline coating. The size of the diffusion layer thickness is controlled by changing the duration of the electric current pulse during pulsed electrodeposition. The process is suitable to many other composite coatings requiring reinforcement for various applications, including fuel cells, batteries, catalysis, and so on.

The nanocomposite demonstrated excellent tribological behavior (science and engineering of interacting surfaces in relative motion, which includes principles of friction, lubrication, and wear) compared to other wear-resistant coatings such as NIKASIL (trademarked electrodeposited Nickel matrix Silicon Carbide) and hard chrome. These new coatings withstood 1000 hours of salt spray (corrosion) without degradation when compared to conventional wear-resistant coatings like hard chrome used in the automobile industry. The performance of new coatings was better in as-deposited condition itself. However, the wear performance can further be improved (doubled) when composite coatings are post heat treated.  Many opportunities and application avenues are available for such nanocomposite coatings, including aerospace, automotive, and space sectors, where wear and corrosion are main problems. The process is highly economical without environmental constraints. The process has been patented and is ready for commercialization through the industry. 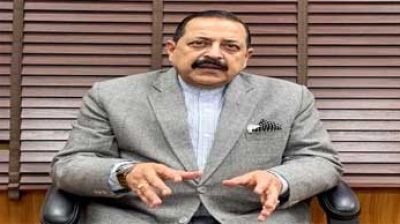 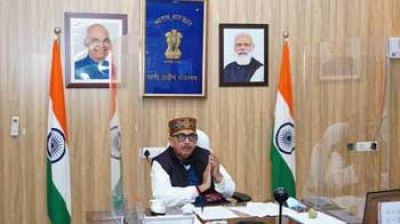 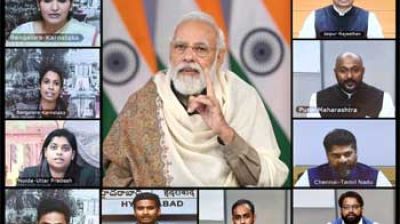 January 16 will be celebrated as National Start-up Day 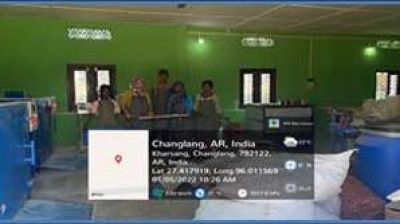