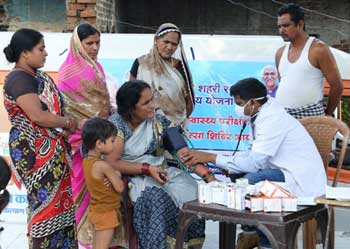 During the meeting, the Panchayat Minister directed the officers that the committee should frame a time bound policy regarding regularizing the services of rural pharmacists.

In addition, some other demands of the Association’s were also addressed during the meeting which included expenditure of electricity, increase in stationery expenses from Rs 1000 to Rs 2000, EPFO benefits, travel allowance, service books, changing the name of a pharmacist cadre to a pharmacy officer and maternity leave of 6 months with pay and some other demands. The minister directed the officials to implement all the genuine demands without any delay.

Pharmacists have been working on contractual basis for the past several years in the1186 rural health dispensaries under the Department of Rural Development and Panchayats across Punjab.