Chandigarh, The Sehajdhari Sikh Party which is a registered political party by the EC of India has hailed the decision of the Union Govt. for making special rules to appoint the Chief Gurdwara Election Commission under the supervision of the Prime Minister and the Home Minister. This will help for an unbiased selection of the CGEC said Dr.P.S.Ranu National President of  Sehajdhari Sikh Party. He said that the Sehajdhari Sikhs in Haryana had voted against the Congress and Akalis as they felt ditched by both these parties while formation of Separate Haryana Gurdwara panel HSGMC in Haryana and the Huda Govt. had to face the volte as they changed the definition of ‘Sikh’ in the HSGM Act 2014 thereby divided the Sikh Minority and removed majority of Sikhs from the main stream by recognizing only hand full of  favourable ‘Keshdharis’ into the definition of Sikh while majority of 80 percent Sikh population in Haryana is the ‘non-keshdharis’ born in Sikh families. The Congress and the Akali Dal Badal both have been opposing the voting rights of the Sehajdhari Sikhs in Gurdwara Elections in Haryana and Punjab. Commenting upon the recent statements of the Akal Takht Jathedar Gurbachan Singh that  Navjot Sidhu is not a Sikh as he holds havens at his residence,  Dr.Ranu said that when the Sikh leadership and SGPC is not recognizing Sehajdharis as Sikhs then what the right they have to comment on the traditions of Sehajdharis whether they pray in temples or do havans or go to deras or to gurdwaras. It’s the result of weakness and indifferent attitude of the Sikh leadership that the Sikhs are turning towards other religions and traditions. Shri Guru Granth Sahib is the most prestigious religious Holly scribe in the world but our Sikh leaders have failed to spread its mission of love and peace. He clarified that his party has appreciated the move of separate Gurdwara Panel for Haryana Sikhs but has been strongly opposing the move of the Hooda Govt. for diluting the religion by changing the parent definition of ‘Sikh’ which has created a wedge amongst the community. Now non-keshdharis born in Sikh families are legally left without any religion and virtually they are not Hindus and do not belong to any other religion but legally they cannot claim to be Sikhs. It’s a big crisis which will create big hurdles in the society in the near future. More than 80 % of the Sikh population is significantly of these Sehajdharis (non-keshdhari) Sikhs. It is mentionable here that the SGPC elected in 2011 was nullified by the orders of the High Court and has gone defunct in the case of voting rights issue pending in the Supreme Court now and only the 15 members executive Committee is functioning.
Read the full article
Tags: invc sehajdhari sikh party India Navjot Sidhu Sehajdhari Sikh Party hails the decision of PM to keep control on appointment of Gurdwara Election Commission Akal Takht Jathedar Gurbachan Singh invc news haryana INVC news punjab Delhi invc news chandigarh 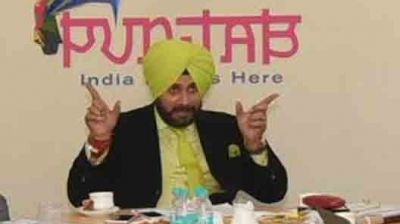