SDGs have to prioritise children’s issues, the “My World, My Voice” Report recommends

INVC NEWS New Delhi, The children of the NINEISMINE campaign launched today the report titled “My World, My voice”, which reflects recommendations of over 1,000 children from across India emphasising the need for prioritising children’s issues in the emerging Sustainable Development Goals (SDGs). The report is an outcome of the UNICEF-supported campaign “Seen and Heard” – a platform for children to express their opinions on their rights and to directly advocate to the policy and decision makers in the country.

Data from the consultations reveals that children are particularly concerned about issues related to water and sanitation (Goal 6), quality education (Goal 4), health and wellbeing (Goal 3) and ending poverty (Goal 1). When discussing quality education, for example, one of the most common suggestions was the need to improve the quality of teaching, especially in government schools and non-formal education. Children with disabilities and those belonging to minorities raised their voices against discrimination and urged on the need of inclusive schools where all children can learn together.

At the event, UNICEF Representative, Louis-Georges Arsenault, acknowledged the process led by the children of NINEISMINE and highlighted the importance of the equity approach in the SDGs. “There is much to celebrate for children in the new goals. Some major steps forward include explicit targets on reducing inequality, ending violence against children and combating child poverty. And there is a clear mandate of ‘leaving no one behind,” Mr. Arsenault said.

For the coordinator of NINEISMINE, Brother Steve Rocha, one of the highlights of the report and the “Seen and Heard” campaign is that children are not just rights holders, but also active citizens that have a say in building their future. “The campaign provided a platform for children to both understand the new goals and influence them. As part of the campaign, children including those displaced by violence and conflict and those belonging to vulnerable communities along with their privileged peers, discerned their future on the basis of their past and present experiences,” Mr. Rocha explained.

Throughout the presentation, the delegation, which includes Malavath Poorna, a 13-year-old tribal girl in Telangana who is also the youngest to have scaled the Mt. Everest, and Swarnalaxmi Ravi, a 16-year-old girl who has a speech and hearing impairment, among others, reminded policy makers that the decision-making processes should be more participatory, keeping in mind the people that they actually impact. The delegation also presented a song to End Poverty, which summarised the 17 goals.

“There cannot be better advocates than children to hold decision makers accountable towards commitments. Children themselves need to be aware of their entitlements to take up responsibility of asking questions, monitoring and reviewing, if they don’t find promises being met. With children’s voices included in decisions related to them, India can deliver the best success stories for the world to witness,” pointed out Caroline den Dulk, Chief Advocacy and Communication, UNICEF.

As part of the campaign, these young advocates have presented these recommendations to the Ministry of External Affairs, Commissioners of Embassies (such as Canada, Afghanistan and the Republic of Ireland), and to a number of activists and experts. As a next step, this delegation will visit New York in the coming week, and seek opportunities to present their recommendations to world leaders attending the 70th United Nations General Assembly. 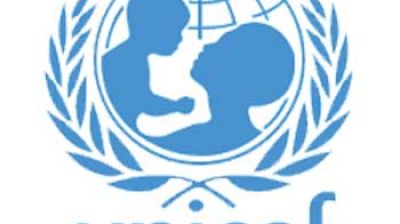 Futures of 370 million children in jeopardy as school closures...

Over 13million children did not receive any vaccines at alleven...

Don’t let children be the hidden victims of COVID-19 pandemic...