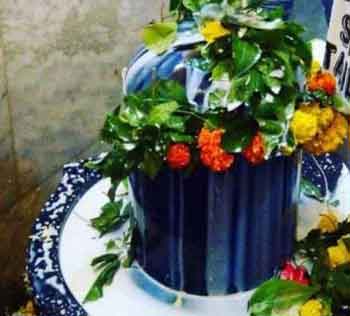 The beloved month of Lord Mahadev of Gods, Sawan is starting from 14th July 2022 and will continue till 12th August 2022. In the meantime, there will be echo of Har Har Mahadev everywhere. According to Shiva Purana, when Lord Vishnu goes into Yoga Nidra, then the reins of the world remain in the hands of Lord Shiva. It is believed that during this time Shiva leaves Kailash and comes to earth and operates the universe from here.

According to mythology, Lord Shiva along with his entire family visits his in-laws in the month of Sawan. There is an in-laws house of Lord Shiva in Kankhal of Haridwar. In the Daksha temple located here, Lord Shiva and Mata Sati were tied in marriage. This time Sawan is starting in two auspicious yogas.

On the first day of Sawan, the combination of Viskumbh and Preeti Yoga is being formed. According to astrology, the worship of Shiva will get double the result. At the same time, this time special yogas are being made on all four Mondays of Sawan, due to which the importance of worship and fast has increased in Sawan Monday. The first Monday is on 18 July 2022. It is said that in Sawan, one who serves Lord Bholenath with a sincere heart, all his sins are eradicated. For the long life of the husband, women observe fast on Monday of Sawan. Although there is a monthly Shivratri on the Chaturdashi of Krishna Paksha of every month, but the importance of the monthly Shivratri of Sawan is very special.

Shivratri of Sawan is on 26th July 2022. It is believed that fasting on the day of Shivaratri of Sawan and performing Rudrabhishek leads to happiness in married life and child happiness.