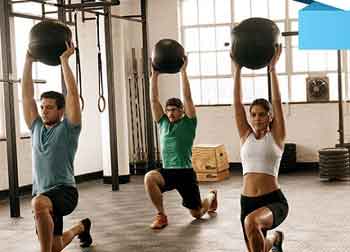 
Analysts at Ken Research in their latest publication “Saudi Arabia Fitness Services Market Outlook to 2025- By Market Structure (Organized and Unorganized), By Revenue Stream (Membership, Personal Trainer and Supplementary Services), By Regions (Riyadh, Jeddah, Dammam, Al Khobar, Makkah and Madinah and others), By Subscription (3 months, 6 months, 1 year and others), By Gender (Male and Female), By Age (Below 18 years, 19 to 30 years, 31 to 60 years and above 60 years) and By Income Group (Below SAR 38,000, SAR 38,000 to SAR 94,000, SAR 94,000 to SAR 150,000 and above SAR 150,000)” observed that the Saudi Arabian Fitness Services Industry is currently at the Growth Stage, with rise in Women Gyms, Increasing Needs for Fitness by Youth in the Kingdom and supportive Government measures, aiding steady growth of the industry in the previous few years. The report further details out the different operating segments in the industry, along with overall customer perspective with respect to different fitness services present in the country. The report provides a detailed viewpoint of the major fitness brands operating in the industry, and a bird’s eye view into the various revenue streams operated by fitness players in the Kingdom. It also covers the future outlook for the overall industry, and also enumerates certain recommendations for new entrants and existing players in the industry, keeping the future landscape in mind.

The unorganized segment largely dominates the industry, penetrating smaller regions such as Tabuk, Jubail, Safwa and others. Moreover, the lower fees charged by unorganized centers, allows them to generate a wider customer base. Majority of the fitness centers in the country are concentrated in the cities of Riyadh, Dammam, Jeddah, Al Khobar, Makkah and Medinah, largely due to the high population in these cities and their status of being major commercial, industrial and religious hubs. Customer have been identified to prefer 3 months and annual memberships plans in fitness centers, due to the fee-based discounts offered by fitness center operators along with the additional services such as complimentary account freezing provided. While the male segment was identified to dominate the customer profile for fitness services in the kingdom, the female segment is strongly growing on the back of a rapid increase in the number of women fitness centers and a growing fitness awareness among the women in the Kingdom.

Trends in the Industry

There has been a remarked focus on developing women centers in the Kingdom, spurred by the favorable judgment from the General Authority of Sports. Many fitness players are now focusing a large part of their future strategies on capitalizing on the growing Female Fitness segment, by opening female gyms. As part of the Vision 2030 plans, the Saudi Government launched the National Transformation Plan, which focuses on promoting health and wellness among people in the country and improving the number of physically active people in the Kingdom, from 13% to 40% by 2030. There has been a focus on specialized and concept fitness centers, with Crossfit, Kickboxing, HIIT and Zumba leading the exercises in demand by fitness center members in the country. A heavy spread of awareness among the normally physically unfit Saudi population, is resulting in high demand for fitness services, particularly by people from the age of 20 years to 45 years.

Competition Scenario in the Industry

KSA is an emerging country in terms of industry competition, making it a fierce battlefield for new and existing fitness-center brands trying to operate/succeed and to make profits. Major existing fitness center players hold brand loyalty especially among professionals, due to safety concerns associated with using fitness equipment. This makes it difficult for new players to enter the market. Establishing a large fitness center that provides all services including spa, pool, steam bath, lockers, showers, Jacuzzi along with gym services has also prevented companies from scaling their businesses over a certain geographic limit. The three factors that mainly contribute to the high cost of establishing a fitness center have been the cost of acquiring land, cost of hiring trained and certified fitness professionals and cost of buying gym equipment. This has been discouraging new players with low capital from entering the market. A gradual consumer shift towards brand acceptance and new demand for female specific fitness centers has encouraged service providers to explore and probably convert this demand in their favor.

A special focus must be laid on penetration of the relatively nascent women fitness segment in the industry in Saudi Arabia. Inclusion of customized workouts, with growth in adoption for personal training programs is expected to come into effect in a few years from now. Provision of value-added services such as free membership freezing, couple discounts, locker room facility, free showers, sauna, spa will ultimately aid fitness brands to target a wider chunk of the customer segments and increase the fitness services penetration rate in the country. Expansion plans of many fitness centers will be put on hold, for a while as the Covid situation hits the short-term and long-term business sustainability for gyms in the Kingdom. In future, the Saudi Arabia Fitness Services Industry is expected to grow at a CAGR of ~10.7% during the period 2019-2025.

This time only people below 65 years of age will be able to perform Haj : Saudi Arabia