Market Size: Saudi Arabia fitness services market has witnessed a tremendous growth in the past few years witnessing a strong double digit growth from 2012 to 2017. Rapidly rising obesity rate, heart problems, and increase in the consciousness about the personal health have propelled momentum to the market. Male population between 15 to 44 years has increased at a rate slightly over 2% from 2012 to 2017; similarly, female population between the same age group has witnessed a growth of close to 2.0% from 2012 to 2017. Growing youth population in the country, along with ease in laws for women has benefitted the market.

By Market Structure: The organized sector has contributed major revenue share to the overall Saudi Arabia Fitness Services market. In terms of membership subscription, unorganized sector has contributed majority share as compared to organized sector. This sector includes various entities such as men’s gym, women’s gym, mixed gym and CrossFit centers, indulged in providing all kinds of fitness services including Yoga, Pilates, Zumba and Personal Training. Unorganized centers have been better able to make use the opportunity and enter the fitness industry because it offer reasonably lower membership fee and are easier to set up.

By Region: Riyadh has accounted for the maximum number of organized fitness centers in KSA, primarily for being the commercial capital of the country. It is followed by Makkah mainly because of the urban and wealthy population live in this region. Major fitness centers place high preference to location around these two provinces. These regions are followed by Dammam and Medinah in 2017. Other regions include Tabuk, Asir, Jawf, Hail, and Jizan.

By Gender: Males have undoubtedly dominated the fitness service market. More than half of the total individuals who attended gyms in 2017 were males while the rest were females. With conservative norms still in place especially for women in Middle Eastern countries, the proportion of women attending fitness services has been low. However, with the changing lifestyle, trends, mentality and health consciousness among the population, along with lifting of bans on women population, this scenario is gradually changing. The demand for female specific fitness centers has already started picking up and this trend is assumed to continue in the future.

By Membership Subscription: Membership packages offered for three months have contributed a major share to the overall revenue generated through fitness services in 2017 as it offers the option of experimenting with several gyms for short durations and trying new activities such as Yoga, Pilates and Mixed Martial Arts. Additionally, these packages are very suitable for people joining gyms for the first time. The second most preferred package has been the one-year package because of various reasons including tier pricing which makes the one year packages economical in relation to the other membership packages. Additionally, better offers, discounts and promotions offered by fitness centers on buying the long-term packages have attracted consumers in huge number.

Competition Stage and Company Positioning: The overall competition stage of the industry has been fragmented. The organized and unorganized gyms provide gym services along with supplementary facilities such as Spa, Sauna, Swimming Pool, Showers, Lockers facility and others. Few of the major organized players include Fitness Time, Body Masters, 9 Round, The Power Gym, Gold’s Gym, and Fitness First. The major unorganized players have been Tytans Fitness, Bwell Center, Areka, Fitness Inn, and Fitness World.

Saudi Arabia Fitness Services market’s revenue has been anticipated to grow at a double digit CAGR during 2017 to 2022E, which shall cordially be supported by the increase in the number of health and fitness centers in the country during the same period.

Growth during this period is expected to be supported by the rising number of obese population, increasing demand for personal training, expanding geographical presence of major fitness centers, diversifying services portfolio and others. Increase in health awareness would supplement growth in the market. Many new services and new technologies are expected to be launched in the forecast period having a positive impact on demand for fitness services.

Ø  By Region (For Organized)

Ø  By Gym Type (For Organized)

·         Market Segmentation by Region (Riyadh, Mecca, Madinah, Dammam and Others)

Key Topics Covered in the Report: 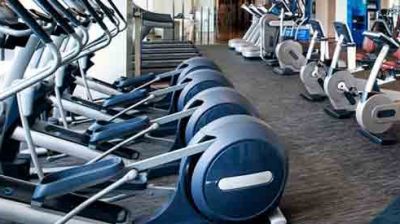 Surge in Inbound Tourist Arrivals and Rising Preference for Organic...