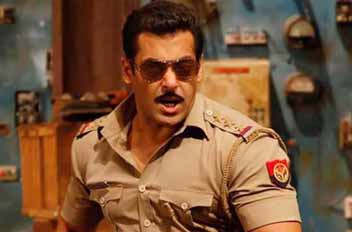 Bollywood’s Dabangg Salman Khan remains in the headlines for his films. These days he is in a lot of discussion about his film Kabhi Eid Kabhi Diwali. Now information is coming that Salman Khan has started shooting for this most awaited film. He has shared a picture on his Instagram about the start of shooting of the film.

He is seen in a very different style in this picture. Also, he has told that, he has started shooting for his next film. But he has not disclosed about the name of the film. Salman Khan has recently started shooting for Kabhi Eid Kabhi Diwali on the set set in Vile Parle, Mumbai.

Reportedly, Salman Khan is shooting his feature action-oriented sequence in this special schedule and Telugu star Venkatesh Daggubati is also expected to join the shoot a few days later. PLC&GT