Rural Maharashtra at the forefront in battle against tobacco

Rural Maharashtra is leading the crusade against tobacco with organisations and individuals from the grassroots taking up the cudgels to make the state free of the menace. On Wednesday, five NGOs and three individuals from the state were honoured by the Salaam Mumbai Foundation and Narotam Sekhsaria Foundation at a ceremony held at the Tata Memorial Hospital in Parel. The event was organised in association with the Tata Memorial Centre and was part of Salaam Mumbai Foundation’s Tambakhu Mukt Maharashtra Abhiyan that aims to make Maharashtra a tobacco-free state. Salaam Mumbai Foundation is the rural outreach programme of the NGO Salaam Bombay Foundation. It was started in the year 2007 with the primary objective of creating awareness about the health hazards of tobacco and in turn reducing consumption rates across the state. Ever since its inception,  Salaam Mumbai Foundation has been harnessing the capacity of state and local institutions  like Zilla Parishad schools, village health workers, aanganwadi and other public health workers appointed by the state government, gram panchayats, local NGOs, block and district level education officers and other local influencers. Its team was recently felicitated at the fourth state-level Vyasanmukti Sammelan by the Department of Social Justice and Empowerment, Maharashtra for its initiatives in Gondia district. Eminent personalities including Social Justice Minister Shri Rajkumar Badole, Founder, Salaam Bombay Foundation Padmini Somani and Head & Neck Surgeon, Tata Memorial Hospital, Pankaj Chaturvedi, were present on the occasion.  The ceremony culminated in the awarding of special grants to the individuals and NGOs by the Narotam Sekhsaria Foundation. Narotam Sekhsaria Foundation had received a total of 36 applications – 18 for the NGO category and 18 for the individual category – for the Tobacco-free India awards and grants from across India. Of these, 7 NGOs and 14 individuals were from Maharashtra. The state-level meet on Wednesday was attended by around 175 people from across the country not just to honour the work of the awardees, but also to join hands in taking forward the mission of Tambakhu Mukt Maharashtra Abhiyan. Rajashree Kadam, VP, Operations, Salaam Bombay Foundation said, “Individuals as well as organisations are doing excellent work on tobacco control in the rural parts of Maharashtra where the consumption is high. Their work needs to reach more and more people. Hence, we invited diverse stakeholders from government departments and provided a platform for those with a common cause to come together and join hands mainly to work at the grassroot level.” Leni Chaudhuri, Programme Head, Narotam Sekhsaria Foundation, “We initiated this programme of awarding grants to honour the work of those who are spreading the message of tobacco-control especially in areas where the issue has become a serious threat. Once the grant has been provided, we will continue to work closely with them through Salaam Mumbai Foundation because we want them to work on community-based issues while involving the community actively.” Narotam Sekhsaria Foundation instituted this grant in 2010 to encourage NGOS and individuals from rural areas of Maharashtra to work in the field of tobacco control. 21 NGOs and 19 individuals have been awarded this grant so far. Those who have been awarded the grant will be required to undertake a holistic approach towards tobacco-control including participating in workshops organised by Salaam Mumbai Foundation, recruiting a full-time worker to demonstrate programmes at schools and in the villages, conducting workshops for teachers and sarpanch, conducting cluster coordinators’ meeting once in a year at district and block level etc.
Read the full article
Tags: VP Founder Programme Head Rural Maharashtra at the forefront in battle against tobacco Narotam Sekhsaria Foundation Salaam Bombay Foundation Leni Chaudhuri Rajashree Kadam Operations Rajkumar Badole Salaam Bombay Foundation Padmini Somani Head & Neck Surgeon Tata Memorial Hospital Pankaj Chaturvedi Tobacc-free India Awards & Grants

Innovation and Entrepreneurship are crucial for the future growth 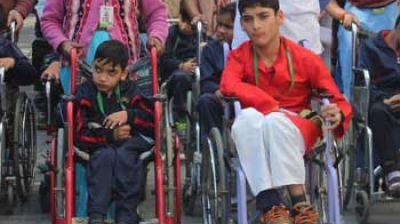 A walk to promote equal opportunity and Inclusion 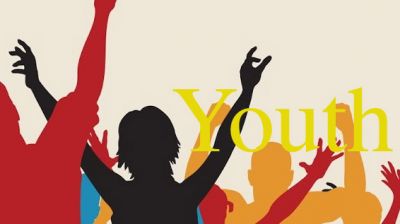 Brand and CSR practitioners deliberate on challenges amidst dynamic business...