INVC NEWS New Delhi, Chief Minister Jai Ram Thakur, who is on a two-day tour to New Delhi for coordinating with various

Ministries regarding various developmental projects, informed today that the government of India has approved Rs. 1131.87 crore projects for Himachal Pradesh. These include Rs. 708.87 crore for Water Conservation Project for department of Irrigation and Public Health and Rs. 423 crore Himachal Pradesh Integrated Mushroom Development project for department of Horticulture. Both the projects were approved today by department of Economic Affairs, Ministry of Finance, Govt. of India. He said that State government had prepared the water conservation project for the state with the estimated cost of Rs. 4751.24 crore in order to double the farmer’s income through water construction initiatives. The first phase of the project is of 708.87 crore. The project will include construction of check dams, ponds, kuhl’s and other water harvesting structures. Both the projects were formulated by the state government in last three months and approved by the GoI in record time. He said that Rs. 423 crore integrated mushroom development project would prove to be a milestone for the farming community of the State. The ambitious project would not only help in doubling the income of farmers but also provide employment and self-employment opportunities to youth in the state. Jai Ram Thakur said that it was a matter of happiness for the people of the State that Prime Minister Narendra Modi in his popular programme 'Mann ki Baat' referred about mushroom cultivation in Himachal Pradesh. He said that with the active cooperation from the Union government, this ambitious project would boost mushroom cultivation in the State. He said that all varieties of mushroom would be cultivated under the project besides importing high tech knowledge for cultivating mushroom, which would give a fillip in increasing the income of the farmers. The Chief Minister said that this project would also provide an opportunity to the growers of the state to diversify their farming pattern and go for viable and profitable farming avocation. The mushroom cultivation would also help in women empowerment as more and more women would be motivated to go for mushroom cultivation for increasing their income, thereby making them self-dependent since mushroom cultivation is an indoor activity. He said the increasing demand for mushrooms within the state as well as outside the state including export offers better prospects for enterprising growers to take up cultivation on large scale.  He said modern infrastructure will be developed under the proposed project for controlled cultivation of mushroom round the year. IPH and Horticulture Minister Mahender Singh Thakur was also present on the occasion. 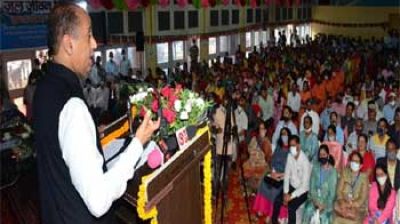 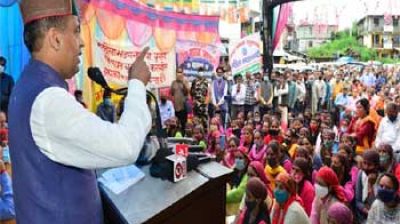 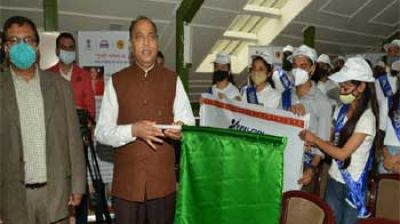 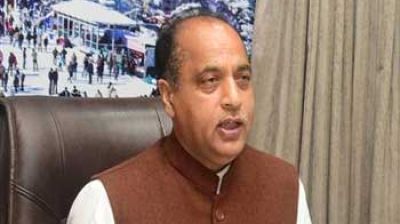 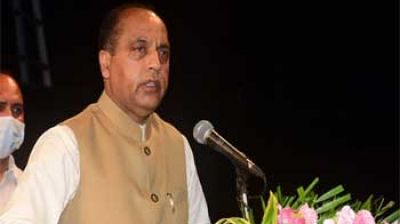