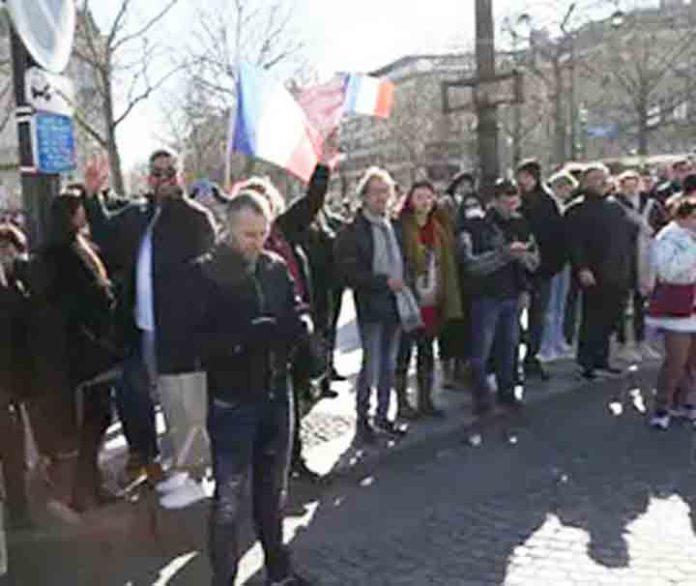 Rising inflation worries Europeans – Citizens are protesting on the streets

Jean-Luc Mélenchon, leader of the left-wing party La France Insoume (France Unboed), took part in the demonstration along with Anne Arnaux, winner of the Nobel Prize for Literature this year. He has appealed to the people to go on a general strike on Tuesday. He told the crowd ‘You are going to live a week like no one else, we are the ones who started it with this march. Melenchon has decided to support the four unions. Those who have appealed for strike and protest on Tuesday to increase the salary.

The four unions have also called for protests to help protect the right to strike after the French government ordered some oil refinery workers to be called. Unions see the government’s move as a violation of their constitutional rights, while budget minister Gabriel Attal said the leftist organization is trying to take advantage of the current situation, which is affecting France’s nuclear plants and French oil refineries. This is evident from the ongoing strikes. He said that today’s protest is a march of those who want to stop the country. PLC/GT