Total Read - 1125        Comments - 2
INVC,, Mumbai,, On the occasion of Navratri veecon music has launched a Maata ki bhents Punjabi album of Richa Sharma “Ajj maa nu manaa lo” in Chattarpur mandir in rajdhani Delhi. Richa Sharma’s maata’s bhent is composed by Charanjit Ahuja. On the occasion of the album being launched in navratri and Ram navami “Ajj maa nu manaa lo” Shri J K Srivastava (Veecon music’s managing director) says, “I am feeling very good about doing this maata ki bhente album launch. I am expecting that listeners will also like this album because Richa Sharma has sung this song in her harmonious voice. Singer Richa Sharma has said, “I have reached here by singing maata ki bhente, all this are her blessings. I am feeling very contented that today this album has been launched. 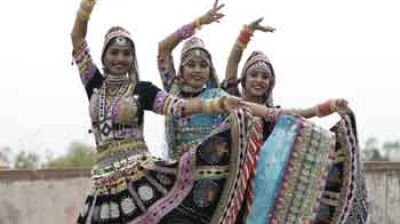 I assume I found a resolution to my trouble. This notice gave me valuable piece of advice. Therefore I appreciated it.