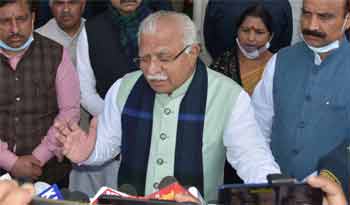 INVC NEWS
Chandigarh,
Haryana Chief Minister, Sh. Manohar Lal announced that there will be no change in the  rules and norms of reservation  fixed for Scheduled Castes and Backward Classes in government jobs and hence the already existing rules will remain the same.

The Chief Minister made this announcement during the budget session of the Haryana Vidhan Sabha. Sh. Manohar Lal was speaking after discussion on the Governor's address during the ongoing budget session.

The Chief Minister while expressing gratitude to the opposition for taking into account important issues during the discussion on the Governor's address said that in the last year during the COVID times, everyone had faced an unexpected crisis and everyone has supported to face this challenge.

During the tough times of COVID-19 Rs. 645 crore was provided to 16 lakh families. Under Distress Ration Scheme, 4.86 lakh families were provided three months free ration. Additionally, the state government, with the help of 100 trains and 6,500 buses, brought about 4,44,000 migrant labourers and workers back to their home states. The industries which were shut down during the COVID-19 period were gradually brought back on track.

Chief Minister became emotional on the issue of women empowerment
While becoming emotional on disrespect shown by Congress leaders for their women MLAs on the occasion of International Women's Day, Chief Minister made the House aware that on one hand the entire world and country was celebrating Women’s day, but unfortunately Leader of the Opposition Sh. Bhupinder Singh Hooda and MLA, Sh. Raghuvir Singh Kadian insulted the senior and respected women members of their own party.

“With heavy heart, I want to make the House aware that Sh.  Hooda and Sh. Raghuvir Singh Kadian were proudly sitting on the tractor which was being pulled by women MLAs of Congress. If the Congress wanted to protest just to achieve their vested political interests, then it was better that the women MLAs , Smt. Geeta Bhukkal and  Smt. Shakuntla Khatak should have sat on the tractor and the male MLAs should have pulled it,” said the Chief Minister.

The Chief Minister said that the entire opposition should be ashamed for this shameful act which happened on the occasion of International Women's Day.

Initially, farmers of eight blocks were appealed to adopt cultivation of alternative crops instead of paddy and for this, a provision of giving incentive amount of Rs 7,000 per acre was made for farmers. So far, 96,250 acres of land has been verified under this scheme and the benefit has been given, informed Sh. Manohar Lal.

State villages made free from Lal Dora
The Chief Minister said that in view of the demand of people regarding extension of Lal Dora areas, the State Government had formulated a plan to free the villages from Lal Dora, which is being implemented in the entire country in the name of Pradhan Mantri SVAMITVA scheme. Under this scheme, survey of 5,200 villages out of 6, 500 villages in Haryana has been completed.

Farmers’ Interest Paramount
Responding to the issue of non-payment of sugarcane payments to the farmers’ raised by the opposition, the Chief Minister apprised the House that the  operation of private sector-run Sugar Mill  in Naraingarh was running in financial deficit since the year 2013.

The State Government has dedicatedly worked to improve the economic condition of this sugar mill by getting a loan from HARCO bank. The Deputy Commissioner of the concerned district was appointed its Chairman and an HCS officer is posted as the Managing Director.

“I am happy to inform the House that this mill will earn a profit of Rs 10 crore this year. As long as the payment of the farmers is outstanding, the state will keep the working of this under their control. The price of sugarcane is the highest in Haryana,” said Sh. Manohar Lal.

The Chief Minister said that State Government is committed for the economic development and prosperity of the farmers of the state.

This is Manohar Lal's government, no accused will be spared
The Chief Minister said that soon after getting the information about the reports regarding answer sheet leak for the post of Gram Sachiv, the State Government while taking a stern decision not only cancelled this examination but also registered cases against those involved in this case and later also arrested them so as to give a strong message to the gang and other people involved in such cases.

The Chief Minister said that in this regard, a total of eight FIRs have been registered by the police in Ambala, Kaithal, Sirsa, Hisar, Panipat and Jind, in which 50 accused have been arrested so far, while 19 people are absconding who will soon be caught and will be put behind the bars.  "This is Manohar Lal's Government, no accused will be spared", said the Chief Minister.

“Besides this, while exposing the gang who used to hatch a conspiracy before the declaration of final results with candidates who had made to the merit list, nine accused from other departments, including Haryana Staff Selection Commission, has also been arrested,” said the Chief Minister. 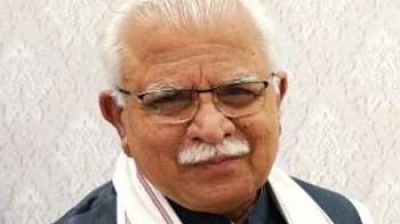 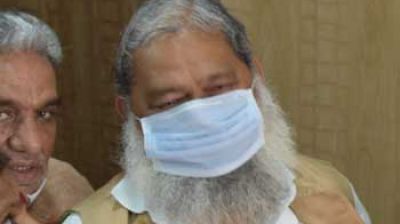 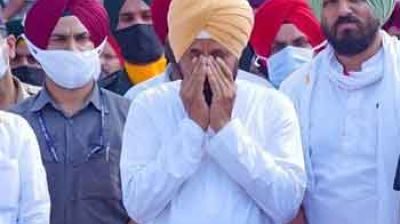 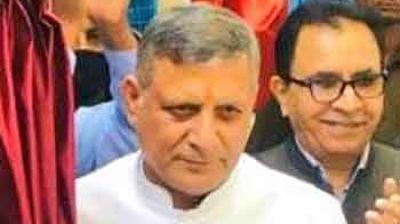 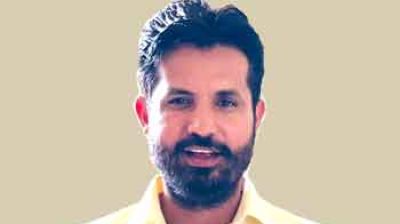