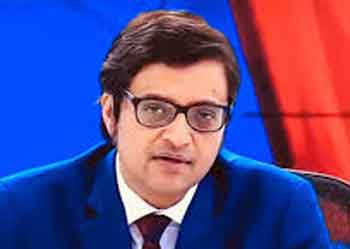 As Arnab Goswami took over all its platforms and hosted a single show, viewers were left astonished at the lack of creative content. A single feed of content was actually beamed across both the English and Hindi channels – Republic TV and Republic Bharat plus the channel’s respective online platforms, much to the disappointment of people who tuned in.

While Republic TV Network’s existence has always been only about Arnab Goswami being the channel’s face, today’s special broadcast is being seen as a complete let-down by its viewers. A single broadcast on an important day such as March 11, only brings out the lack of serious talent and depth-in reporting abilities that the channel possesses.

Industry observers pointed out how Republic TV’s simultaneous broadcast of a single show was truly disrespectful to the all-important election results coverage of five states. By this action, the Republic TV Network displayed that it was in real need of some serious talent and professionally-run management to offer variety and a unique content quotient to its viewers.