Regional Cooperation for the Protection of Himalayan Glaciers 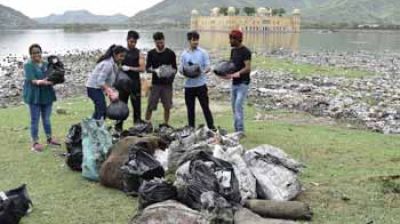 [...] Regional Cooperation for the Protection of Himalayan Glacier... [...]

Time has arrived (already nearing to deadline !) to put aside political differences and mutually work for a common goal of saving the melting Himalayas and the source regions of major Asian Rivers... Best wishes for the same..