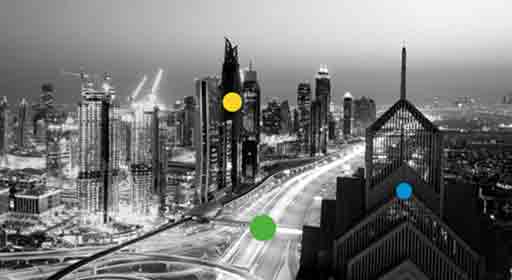 In the last 4-5 years, gap b/w market value & RR/circle rates reduced significantly in top cities; was more than 100% in some areas in 2015

In a significant trend seen in the Indian housing sector over the last five years, the latest data points towards a reduced difference between the ready reckoner rates (RRR) and the actual market prices in the primary (sale by developer) segment in the top cities. From a more than 100% difference between the two rates in certain areas in Mumbai, Pune, Gurgaon, etc. in 2015, some localities presently show a mere 6% variation.

Ready reckoner rates – also known as circle rates or guidance values – are the minimum values set by a state government below which a property cannot be registered. Each area within a city has its own RR rate on which stamp duty is calculated. To align circle rates with the actual market prices, most state governments previously regularly reviewed and increased the RR rates in cities either y-o-y or in two years. However, market values increased only marginally in the same period.

Anuj Puri, Chairman – ANAROCK Property Consultants says, “The gap between market values and RR/circle rates in many areas is as low as 6-7%, equal or even negative. Registering a property below circle rates is not permissible. Section 43CA of the I-T Act says that developers/sellers will attract penalties for selling lower than RR rates. Moreover, even if buyers somehow purchased property below the circle rates, they will bear an additional tax burden as the difference between two rates is taxable – both in the hands of the buyer and seller. Reducing RR rates would reduce stamp duty on property purchase, thereby boosting buyer demand and also providing relief to developers as the multiple premiums they pay to the state governments are linked to the RR rates.”

The major advantage of this reduced gap is that it discourages ‘black money’ transactions. The primary sales market in tier 1 cities today offers limited scope for unaccounted cash infusions because of the minimal gap between the state-notified circle rates and the market value quoted by developers in such regions.

Reducing gap in top cities – In the last 4-5 years, most state authorities regularly increased the RR / circle rates in cities to align them with market values. Dwarka Expressway in Gurgaon, for instance, saw circle rates rise by 43% in the last four years – from INR 2,900 per sq. ft. in 2016 to nearly INR 4,133 per sq. ft. in 2020. However, market values in this period increased only by 10%. The gap between the two rates is narrowing significantly. Other cities show some equally interesting trends.

Mumbai has seen a significantly reduced gap between market value and RR rates over the last five years. For instance, in Lower Parel the difference between the two rates is just 6%, followed by Worli with 8% and Jogeshwari East with a 12% difference.

Contrary to other top cities, Noida saw a reduction of as much as 10% in circle rates in the last two years – a step taken to boost real estate demand. Circle rates on Noida Expressway have reduced from INR 4,700 per sq. ft. in 2016 to INR 4,366 per sq. ft. in 2020. As a result, the gap between the market values and circle rates has increased in the last four years. The difference between the two rates was 10% in 2016 and is now at 16%.

However, in Central Noida areas, the difference between circle rates and market prices has reduced from 47% in 2016 to 34% in 2020.

In Bengaluru too, the difference between guidance value (as it is called here) and market values has shrunk over the years. In Rajajinagar, for instance, the gap is currently at 48% as against 91% back in 2015. The average guidance value in the last five years has increased by 39% – from INR 6,500 per sq. ft. in 2015 to INR 9,012 per sq. ft. in 2020. Meanwhile, average prices during this period in the area increased by just 7%.