New Delhi ,
REC Limited has successfully raised USD 700 million (INR 5,140 crore), 5-year bond from its inaugural foray into the 144a market (US Securities and Exchange Act 1933) by using the newly established Global Medium Term Programme of USD 5 billion (INR 36,700 Crores). Proceeds of the bond will be used to finance power projects in accordance with the approvals granted by the RBI from time to time and in accordance with the ECB Guidelines.
[caption id="attachment_285295" align="aligncenter" width="580"]

Dr. P.V. Ramesh IAS, Chairman and Managing Director, REC Limited[/caption]
The 5-year benchmark has a semi-annual coupon of 5.25% per annum and a maturity date of 13 November 2023. It offers investors a reoffer spread of 240 basis points over the 5-year UST.The transaction saw an oversubscription of approximately 2.5 times with active participation from more than 90 major international investor accounts. REC decided to upsize the deal to USD 700mn from the earlier benchmark target to accommodate keen investor interest in this maiden 144A issuance from REC Limited.The final Order Book has been over $1.1 billion from over 90 accounts with US contributing 41%, 21% from European Union and 38% from Asia. Subscription amounting to 42% made by Asset/Fund Managers, 21% by Banks, 26% by INS/PEN/Pub Sec and 11% byPB. This is the largest USD transaction from any Indian Non-Banking Finance Company (NBFC) and the first issuance under 144A by an Indian NBFC and Central Public Sector Enterprise (CPSE). In the backdrop of weak Emerging Markets headlines and recent volatility in the Indian NBFC sector, the global investors have reaffirmed strong confidence in the corporate governance, sound management, strong fundamentals of REC Limited. Commenting on the occasion, Dr. P.V. Ramesh IAS, Chairman and Managing Director, REC Limited said, “We are very delighted on the successful launch and completion of this transaction which establishes REC Limited’s status with largest USD bond transaction for a non-bank financial institution. This transaction is also the first 144A deal completed by an Indian NBFC and Indian CPSE. I would like to take this opportunity to commend on the hard work by the team which allowed the company to tap the markets in record time from mandate to execution.” In addition, Mr. Ajeet Kumar Agarwal, Director (Finance), REC Limited said, “the transaction allows the company to diversify funding sources and tap into the US investor base. REC Limited now has established a robust investor base across onshore and offshore loan as well as bond markets.” The transaction allows the company to establish a liquid curve having tapped the 3-year and 10-year ends of the curve earlier. The successful transaction followed an extensive road show in Asia, US and London. The transaction evidences strong demand and confidence from investors around the globe towards REC Limited’s differentiated credit despite the weaker emerging market headlines and some concerns on Indian NBFI sector Barclays, Citigroup, HSBC, J.P. Morgan, MUFG, Standard Chartered Bank are the joint bookrunners for the issue. This is REC Limited’s fourth venture into the international bond market over the last 18 months. In July last year, REC became the first Indian PSU corporate to launch Green Bonds denominated in US Dollars. REC had launched raised $450 million through the sale of its maiden USD Green Bonds on the London Stock Exchange (LSE).
Read the full article
Tags: Chairman and Managing Director HSBC Standard Chartered Bank REC Limited Dr. P V Ramesh IAS J.P. Morgan. Barclays Citigroup MUFG 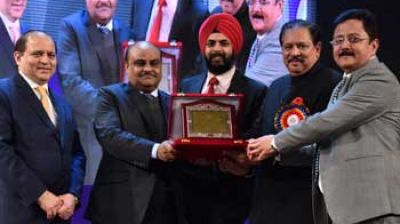 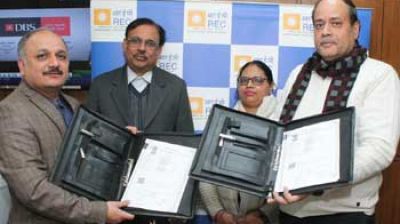 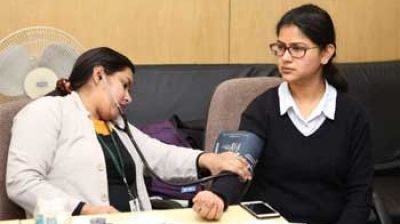