Bharat Fund for the contribution towards Swachh Bharat Abhiyaan aimed at making India clean open defecation free. This is REC’s third contribution to the fund after having contributed. 25 crore each in 2016 and 2017, the total contribution now amounting to Rs. 60 crore. Ajeet Agarwal, Director (Finance), REC handed over the cheque to Parameswaran Iyer, Secretary to Government of India, Ministry of Drinking Water and Sanitation on 23rd April, 2018 in New Delhi in the presence of Sanjiv Garg, Executive Director (Finance), REC and other senior officials from REC and the Ministry.
Read the full article
Tags: REC Limited Ajeet Agarwal REC Limited REC Foundation Swachh Bharat Fund 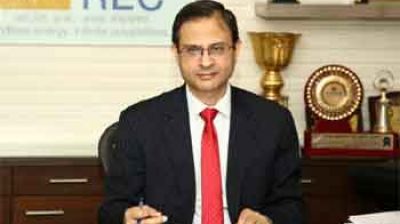