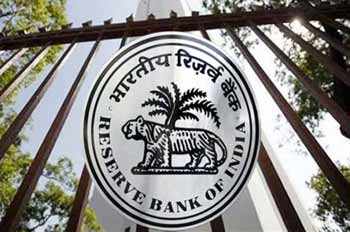 Union Minister of State for Finance, Dr Bhagwat Karad today expressed confidence that with businesses expanding after a lull phase of the Covid 19 pandemic, exports from India are moving towards a new milestone.  Speaking at the ‘Banking Conclave for Exports’ jointly organized by Federation of Indian Export Organizations and Union Bank of India in Mumbai, Dr. Karad said “our economy is rebounding, business is expanding and this is the right time to talk about increasing exports” He further added that the export oriented policies of Government have created the right eco-system for export led growth.

Dr. Karad informed that merchandise exports in the first 8 months of 2021-22 have touched US$ 233 billion registering 54% growth over the previous year. This export growth has been led by sectors like engineering goods, gems & jewellery, electronics, chemicals and pharmaceuticals etc. He reminded the exporters that Prime Minister has called upon the exporters to become the engine of growth of India’s economy.  PM Modi has set a US$400 billion target for merchandise exports during the current fiscal.

Speaking about the Government initiatives, the Minister said, the Production Linked Incentive Scheme announced by the Government is having a positive impact in boosting manufacturing and promoting exports.  The PLI schemes covers 13 key sectors with high potential for growth.

Dr.Bhagwat further stated that the Emergency Credit Line Guarantee Scheme (ECLGS) has proved to be important for different industries. “Due to demand from industrialists, the Government has extended the ₹4.5 lakh crore Emergency Credit Line Guarantee Scheme (ECLGS) till March 31, 2022, to help businesses cope with the pandemic’s adverse effects.  Rs 2.9 lakh crore of this fund  has been sanctioned by different banks” he added .

The Minister assured full support of the banking system to exporters and said banking scenario in the country has significantly improved with the presence of 12 public sector banks, 22 private  banks, 46 foreign banks, 56 regional rural banks, 1485 urban cooperative banks and 96000 rural cooperative banks. He further said that RBI has enhanced the limit for classification of export credit under priority sector lending to Rs 40 Crore from Rs 25 Crore.

The Banking Conclave in Mumbai today focused on the role of banks as key catalysts for exports,  export trade related banking guidelines and their impact on exports, export finance and export bill discounting issues etc.

Shri Khalid Khan, Vice President FIEO listed various challenges faced by exporters and asked intervention of relevant authorities.  The Union Minister assured to convene a joint meeting of various export organizations, Bank CMDs and other stakeholders in near future to resolve the issues.

RBI has made a big announcement regarding digital currency digital rupee