New Delhi,
Award winning film makers Rakeysh Omprakash Mehra, Umesh Shukla & Rahul Mitra - will be attending the first ever Indian Film Festival in Vietnam being organised under the aegis of Indian Embassy in Vietnam and Directorate of Film Festivals -Ministry of I&B, Govt. of India from 18th - 23rd December 2015 at Hanoi & Ho Chi Minh city, Vietnam. The IFF -V which is aimed to develop a deeper understanding and appreciation of Indian cinema and culture in Vietnam will showcase more than eight blockbuster Indian films namely Bhaag Milkha Bhaag,Oh My God, Jodha Akbar, Taare Zameen Par, Wake Up Sid, Paheli, 3 Idiots, Dil Chahta Hai, Maqbool. The Festival will be a great platform for the new generation of Indian producers and directors who are now seeking to re-launch Indian cinema on Vietnam's big screens. The film festival Vietnam is the brain child of Smt. Preeti Saran, the Ambassador of India to Vietnam who with her dynamic vision and leadership has made the festival possible in a country like Vietnam where Bollywood is not very popular and the Indian Film Festival would be a great opportunity to introduce Indian Cinema to the Vietnamese audience. During the Film Festival, Indian film makers will also attend a seminar titled“Vietnam –India Cinema Cooperation and its role in Promotion of Tourism” with a view to make films in Vietnamese locations. The Indian Embassy in Vietnam has partnered with Indian Film Festival Worldwide (IFFW) which is an organization that promotes the diverse perspectives of the Indian diaspora by supporting Indian film makers and recognizing the leadership of entertainment industry performers. Mr.R C Dalal and Captain Rahul Bali are the two founders of the organization. The festival is aimed to be a bridge between the Indian and international film makers who have the potential of reaching a crossover audience. IFFV would also offer the Vietnamese film industry a unique opportunity to learn about India’s multi-faceted culture and long history of film making. The festival is supported by the Vietnam Ministry of Culture, Sports and Tourism and has received an overwhelming show of support from members of the Indian Film fraternity who have committed their time and resources to make the Festival a showcase of the best creative talent from India and around the world.
Read the full article
Tags: health free education news free news future agency Chief Minister free news agency of india Rakeysh Omprakash Mehra Umesh Shukla and Rahul Mitra to attend Indian Film Festival Vietnam Delhi 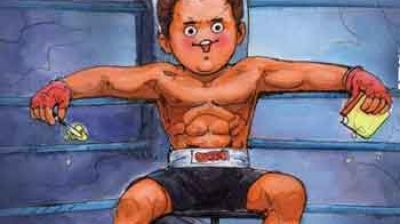 Toofaan packs a punch as Amul gives a shoutout to...