Railways has decided to accelerate the pace of electrification

A Conference on “E-Mobility in Indian Railways” organized by Ministry of Railways through Institution of Railways Electrical Engineers (IREE) in association with NITI Aayog concluded here today.

While speaking on the occasion, Shri Manoj Sinha has stated that Ministry of Railways has decided to accelerate the pace of electrification and adopt EPC mode of tendering for RE projects. He has stated that after the proposed electrification of railway lines, Rs. 13,000 crore per annum could be saved in fuel bill and also reduce the carbon emissions by around 3.4 million tonnes per annum. He has stated that the actual savings due to initiatives in energy procurement has so far been Rs. 7504 crore, higher than as envisaged in Mission 41k. He has also stated that Indian Railways should increase their solar power target and has to lead this segment in the country and also go with the vision of Hon’ble Prime Minister’s Clean and Green energy. He has stated that Indian Railways should look into the options of Ethanol blending. He has hoped that this seminar would bring out new ideas and initiatives to make Indian Railways more efficient, preferred and greener mode of transport and also enable Indian Railways become a growth engine in the economic development of the nation.

Shri Amitabh Kant has stated that with increased urbanization in the country, we should pay more emphasis on E-mobility powered by clean energy to improve the living conditions. He stated that solar is a sunrise industry with potential for huge employment opportunities and Indian Railways should become a growth engine in promoting electric mobility systems in the country, capture the global opportunities in this field and also become a model to the other nations. He stated the need for more research in the energy storage technology for taking ahead renewable energy options further. He stated that Indian Railways should take benefit of the competitive pricing in the solar technology and maximize the solar power generation.

Shri Ashwini Lohani stated that Indian Railway should improve the productivity in the areas of function and become an excellent public transport system. He has stated that electrification of railway lines has been identified as one of the major potential area for reducing the expenditure of Indian Railways. He also voted for seamless movement of traffic between different modes of transport, and ease of sharing revenue, increase the speed of freight trains, improved terminals and their integration. He stated that with DFC in pipeline and the need for right powering of trains, there is an increased requirement for electric locomotives. He also stated that Indian Railways will grow and meet the aspirations of the people.

Ms. Manju Gupta while delivering the welcome speech has stated that the focus of E-mobility is moving towards electric driven vehicles from the traditional fossil based ones. She has also stated that the technological advancements and reduction in the costs is driving the world towards renewable energy, electric vehicles and against this background, this conference on E-Mobility is being organized by Indian Railways in association with NITI Aayog.

Around 300 numbers of delegates from Ministry of Railways, Central Ministries, various Public Sector Undertakings, and industry partners have attended the conference.

The conference had technical sessions on Energy and Storage systems, Railway Electrification and emerging technologies in Rolling Stock. The session on energy storage technology has presented the latest technology in storage systems which can store more energy per unit volume, less maintenance, and increased life. The session has also deliberated on the provisions of the Electricity Act 2003 and as to how Indian Railways can benefit from these provisions. The optimum use of solar with thermal power for the traction applications was also deliberated. The session on railway electrification has presented the mechanized means of execution of railway electrification for cost effective and time bound completion of the projects.

The session has also a presentation on Push Pull Mode of train operation with locomotive on front and rear of the passenger train and its advantages as compared to train set. The session on distributed wireless control system has deliberated on the technical advantages and flexibility that the system provides with respect to operations. Session also discussed remote monitoring of the locomotives including monitoring the locomotive parameters on real time basis, reducing the failure of the locomotive and using this system for maintenance of locomotive. The session has also a presentation on end of train telemetry system for control of freight trains including its advantages in terms of reduced expenditure by doing away with train guard and increased revenue by providing earning wagon in place of guard van. 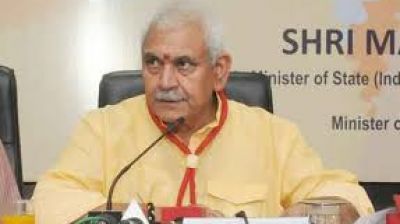 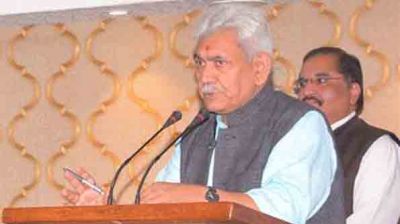 It is moment of joy for the people of Buxar

This is a recognition of the role our country plays...

Both sides confirmed their commitment to further strengthen and broaden...

The telecom industry has grown leaps and bounds over the...

India has the second largest ecosystem for startups in the...