The meeting considered several issues, in respect of pending infrastructure projects, for resolution. A major issue raised in the meeting pertained top outstanding forest clearance for 187 highway projects. It was also noted that many projects had not yet applied for Stage II forest clearance. The concerned officers were directed to initiate the process for the same immediately.

It was stressed in the meeting that level crossings on National Highways need to be removed, as they constitute major accident spots. It was pointed out that while their designs had been approved at 167 locations, but the work has not yet started. MoUs were signed in this respect over 5 years ago, and there is need to improve performance.  In this direction, it was agreed to monitor the projects under Setubharatam programme on monthly basis. It also was underlined that 30 road projects are pending with Railways. However, the Railway Minister assured to resolve these within two days.

A major issue before infrastructure projects is tree cutting, however, there are ambiguities over inclusion of certain local breeds of shrubs and plants in forest cover. An example of Babool or Kikar was presented in the meeting. This being an exotic Arabian shrub, its inclusion in the definition of trees is causing hindrance while considering forest clearance for several projects. In Delhi, an ambitious project monitored by PMO, the Dwarka Expressway, is facing such 1939 Babool shrubs in a total of 6364 trees. It was pointed out that many States like Maharashtra and Madhya Pradesh do not cover this shrub in land revenue code as tree.

Shri Nitin Gadkari expressed his satisfaction over progress on outstanding issues by way of meetings between senior level officers of various ministries. He said, he always feels that instead of wasting time and energy on written communications, it is always worthy to sit together and thrash out issues before each other. He directed that henceforth a joint meeting be held between Chairman Railway Board, Director General Forests and Director General Roads. He said, a meeting every month will solve many issues.

Environment Minister Shri Javadekar was requested to direct the Forest officers posted in States to follow and implement the circulars and orders issued by MoE&F and CC. Special High Powered committees on forest issues can be conducted as is being done in Jharkhand, Maharashtra and Arunachal Pradesh. It was felt that this step will remove many hindrances in the way of infrastructure projects, which will save both time and money.

Shri PiyushGoyal lauded the idea of this meeting, and said this is a good initiative of Shri Gadkari. He said, he also got to learn a lot from this experiment of all stakeholders sitting together for thrashing out the issues before them. He requested Shri Nitin Gadkari to guide the Group on Infrastructure on the steps to improve citizen’s cause. He said, Railway and Highway projects should ideally run parallel to each other, however, due to difference in gradients, they sometimes part away. But, together these two bodies can build a number of projects.

Gen (Retd) V K Singh said, the meeting was fruitful. He said, the infra sector is the back bone of economy, and its speed decides the speed of others sectors. He called upon infra professionals to improve their procedures to enhance the pace of their projects. He opined that Railways and Highways sectors should make combined projects to save cost and to improve usability. 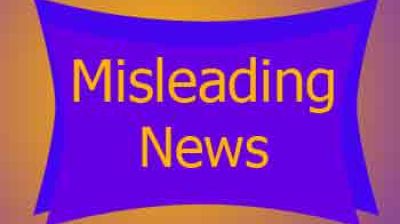 Indigenous products of master artisans are a major attraction at...