INVC NEWS Chandigarh, The case filed by Income Tax Department against Raninder Singh, the son of Punjab Congress Chief Capt Amarinder Singh has exposed Rahul Gandhi and Capt Amarinder Singh who have been taking a high moral ground on the subject of black money stashed in foreign banks and cornering Narendra Modi led NDA government. BJP national secretary Tarun Chugh, in a press release issued here, dared Congress president Sonia Gandhi and vice-president Rahul Gandhi to clear their and Congress party's stand on black monhey besides sacking Capt Amarinder Singh, Preneet Kaur and Raninder Singh from the party with immediate effect. He said it would be better if Capt Amarinder quits active politics at least for the time till the name of his family members is cleared. Questioning Rahul, who had only yesterday projected Capt Amarinder Singh as party's chief ministerial candidate for the upcoming polls in Punjab, Chugh said Rahul should either reiterate his announcement or withdraw Capt Amarinder as party's nominee for the coveted post. This was stated by BJP national secretary Tarun Chugh in a press release issued here.  Chugh said that the efforts of Prime Minister Modi and Finance Minister Arun Jaitley to bring back black money stashed in foreign lands has begun yielding results. Chugh claimed that the case filed in the court of CJM, Ludhiana against Raninder under sections 277 of Income Tax Act and sections 177 and 181 of IPC seems to have been filed after thorough probe and after securing relevant information. The BJP leader said that the Income Tax Department took time to establish evidence in the case as it was a sensitive case involving a high profile family which includes a former Chief Minister and a former Union Minister.  He said when the name of the family members of Capt Amarinder Singh had cropped in black money episode, not only Raninder and Preneet Kaur but even Capt Amarinder Singh had himself misguided the people of the country and refuted the allegations as baseless. Chugh said that after Swiss Bank notice to the family members of Capt Amarinder Singh, it was more than clear that the family had stashed ill-gotten money in foreign banks violating the law of the land. "AICC president Sonia Gandhi and vice-president Rahul Gandhi have always been targeting Modi government over black money. The Raninder episode has exposed the double standards of Congress," Chugh said. The BJP leader cautioned the people of Punjab that they need to recognise the real face of the Royals.  "They looted the state earlier during their regime and are preparing the ground to loot the coffers, if they are voted to power again," he said.

CBI registers a case against a proprietor of a private... 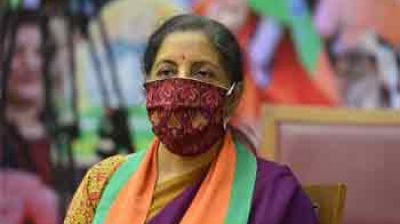 Evidence of various Benami Properties has been unearthed and seized...