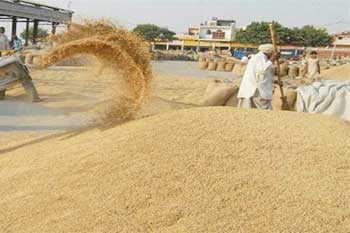 Taking stock of the Rabi crops position with senior officials, Shri Tomar expressed satisfaction that so far, area coverage reported under Wheat is 152.88 lakh ha as compared to 138.35 lakh ha of the corresponding period of last year, as major Wheat growing states have reported increased area coverage as compared to last year. For Wheat, there is an increase in area coverage by 14.53 lakh ha over last year and this has been the highest ever since last four years.

Shri Tomar hoped that with favourable soil moisture condition, better live water storage position and comfortable availability of fertilisers across the country, Rabi crops area coverage is expected to accelerate further in the coming days and a good Rabi harvest can be expected. 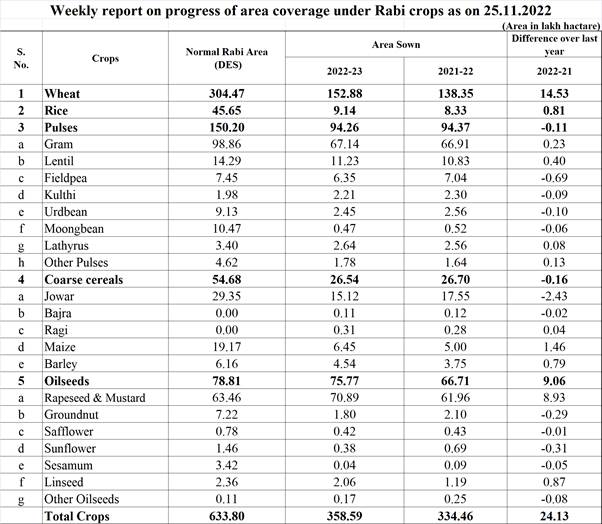