INVC NEWS
New Delhi,
The Vice President of India, Shri M. Venkaiah Naidu has said that quality and credible companies needed to facelift infra sector in our country. He was addressing the gathering after releasing the Biography of late Industrialist, Dr. Anumolu Ramakrishna, authored by Shri. V. Pattabhi Ram and Shri. R. Mohan, in Chennai today. The Minister for Fisheries and Personnel & Administrative Reforms, Tamil Nadu, Shri D. Jayakumar and other dignitaries were present on the occasion.

The Vice President complimented the biography and said that it introduced us to a man with great sagacity, sharp intellect and refined engineering orientation. He added that Dr. Ramakrishna had the ability to grasp issues quickly, understand their nuances and impact and arrive at innovative solutions rapidly.

The Vice President said that Dr. Ramakrishna had the wonderful ability to take people along with him. He was a leader by example, a motivator, an inspiration for his colleagues to reach for the sky with him, he added.

The Vice President said that Dr. Ramakrishna was a  great communicator and that his warmth and empathy were overwhelming, truly, the traits of a born leader. He possessed an extremely rare trait of being able to expertly synthesize innovation and execution in an industry where execution is key, he added.

Saying India is on a growth trajectory today, the Vice President said that we have highly ambitious plans for the country and a large part of these plans would work only if we build infrastructure. He said that this is a truly exciting and challenging time for Indian technocrats and builders.

The Vice President exclaimed that that Dr. Ramakrishna was an institution by himself, but what is more remarkable was that he was instrumental in building an institution that would stand testimony to him for a long time to come. Technocrats like Shri. A. Ramakrishna have helped India face the world with its head held high. 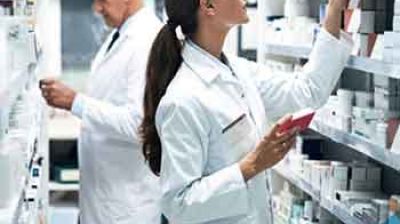 Manufactures of Remdesivir have been directed to give priority to...