Union Minister of Road Transport & Highways and MSME Shri Nitin Gadkari has vehemently denied the reports in a section of media which have falsely quoted him as having said that MSP is likely to be reduced. He dubbed such reports not only as false but also malicious. Making a statement on the issue, Shri Gadkari has said that he always stood and advocated looking for various ways & means to increase farmers’ income including through alternative usage of their crops like paddy/rice, wheat, sugarcane. The Minister went on to assert that he himself was present when increase in MSP was announced hence there was no question of him standing for MSP reduction.

He expressed that  providing better income to farmers was always the priority of the Government of India and it is in the same spirit that MSP has been raised. He further emphasised the need for exploring changes in crop pattern to provide better prices to farmers, for example growing edible oil seeds holds bright prospects since India spends about Rs 90000 crore on its import. Similarly, production of ethanol from rice/paddy/wheat/ corns will also not only give them better returns but also help save on import bill. Besides, these Biofuels are also more environment friendly, Shri Gadkari underlined.
Read the full article
Tags: Nitin Gadkari 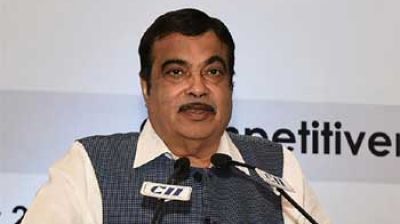