Programs and strategies have been designed to empower children and persons : Nadda

INVC NEWS New Delhi, The Government is committed to prevention, early diagnosis and timely and appropriate treatment of disorders in children, including development disorders so that they enjoy good health and become valuable assets of the country. The Union Minister for Health and Family Welfare, Shri J P Nadda stated this at the closing of the three day workshop on Neurodevelopment Disorder in Children organised by Ministry of Health & Family Welfare, pediatric department of AIIMS, with support from UNICEF and Norway India Partnership Initiative (NIPI) in health. Today also marks the International Day for Persons with Disabilities. The Health Minister said that the government through its various efforts is addressing key developmental issues, including developmental delay, intellectual disability, cerebral palsy, Autism, Hyperactivity Disorder, learning disability, vision and hearing impairment. He added that an estimated over 200 million children in developing countries are not reaching their full developmental potential. In developed world 10-20% of individuals have learning or developmental difficulties. In India, estimates suggest that 10% children are affected with developmental delays and are at significant risk of permanent disabilities, Shri Nadda said. The Health Minister emphasised on the importance of early detection for effective intervention in children with neurodevelopment disorders. He informed that Rashtriya Bal Swasthya Karyakram (RBSK) under National Health Mission (NHM) has comprehensively incorporated early diagnosis and intervention strategies for developmental disorders. The Minister stressed on the importance of collective efforts to provide accessibility to medical services and rehabilitation of persons with disabilities. He said that within the new policies, programs and strategies have been designed to empower children and persons with special needs with equal rights and opportunities in education and employment. The Health Minister released the Framework for Convergent Action towards Comprehensive care of Children with Developmental Difficulties, at the occasion. This will serve as an indispensible guide to future action plans to be developed by policymakers within various ministries, the Minister said. Shri J P Nadda also launched a mobile-based microsite for training module for healthcare practitioners. Celebrating the International Day for Persons with Disabilities with a workshop on Neurodevelopment Disorder in Children renews and reinforces our commitment towards the cause of persons with disabilities and special needs, the Secretary (H&FW), Shri Lov Verma stated. He said that one in every ten children in the country suffer from some form of disability. The big challenges are timely and early diagnosis, and capacity building of frontline workers in early detection, he said. Early detection aids timely intervention. He also emphasised on planning for lifespan care for children with special needs. Mr. Louis Georges Arsenault, Country Representative, UNICEF highlighted dignity, right and wellbeing of persons with special needs, and the need for creating an all-inclusive society for children to enable them to realise their potential which would include special schools for children with flexible curriculum, and qualified and sensitive teachers. Ms. Nata Menabde, Country Representative, WHO stated that this issue is relevant to all sections of society irrespective of the socio-economic distinctions. She stressed on need for pro-poor policies and strategies for the marginalised communities and sections of society as they were the ones which bore the burden of disability the most. The need of the hour is integrated delivery of health services through community participation, she said. Mr. Eivind Homme, Ambassador of Norway to India stated that within the NIPI, commendable initiatives have been taken for maternal and neo-natal health, particularly in states of Bihar, Madhya Pradesh, Odisha and Rajasthan. Early diagnosis and treatment of Neurodevelopment Disorder will reduce the cost on lengthy and expensive care, he said. The three-day workshop aimed to sensitize the primary health care providers and health professionals dealing with children affected with neurodevelopment disorders. It intended to increase awareness on early identification and expose participants to available tools validated in Indian context for early diagnosis and management. The workshop also aimed to improve the quality of the life of children having neurodevelopmental disorders through convergent action. About 250-300 participants took part in the workshop. These included paediatricians working in the area of child development, RBSK nodal officers from various states and UTs, partner organizations such as WHO, UNICEF, NIPI, IAP, ICMR. Neurodevelopmental disorder / difficulty is a collective term used for both developmental delays and developmental disabilities. Development delay is the condition in which a child is not achieving skills according to the expected time frame. Developmental Disability refers to a condition where a child becomes mentally or physically impaired and finally resulting in substantial functional limitations in major life activities. Developmental delays are common in early childhood, affecting at least 10 percent of children. However 2% of these children may ultimately suffer from developmental disability despite best of efforts. Neurodevelopmental disorders include intellectual disabilities, autism spectrum disorder, Attention Deficit Hyperactivity Disorder, Specific Learning Disorder and Communication Disorders. Motor disorders include cerebral palsy and other neuromuscular conditions. Other special sensory disorders include vision and hearing impairment 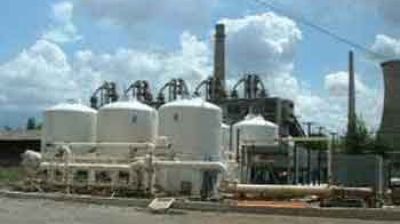