INVC NEWS Chandigarh, Ace composer Pritam's first North America tour has been a huge success. They performed in Chicago, Dallas, Los Angeles, Washington, San Jose and Seattle. Pritam, who enjoys performing in front of live audience says this was the best tour he ever had. The audience was taken in for a surprise with the never seen before format and the grand scale of the show which made the music experience unforgettable for them. Their response to the shows was overwhelming. They were also blown by the presentation, choreography, energy and wide variety of songs by Pritam and his team. The audience took to social media to let the him know how much they loved the show. Pritam, who is back from his tour, says,  "Indians no matter which part of the world they live in, are always Indian at heart and you can feel their love for the music from their own country. It was such a high performing for an audience that is so loving and so full of vitality." The tour not only entertained the audience and connected them with their favorite composer but also helped raise money for a cause with Alapio in L.A. 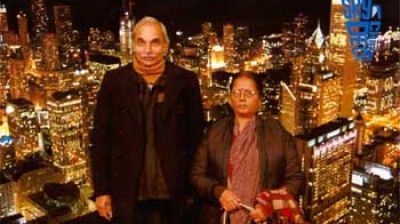 Study tour to USA and London organized by Ministry of...