Home Entertainment Prime Video is all set to enthrall fans with its upcoming biographical... 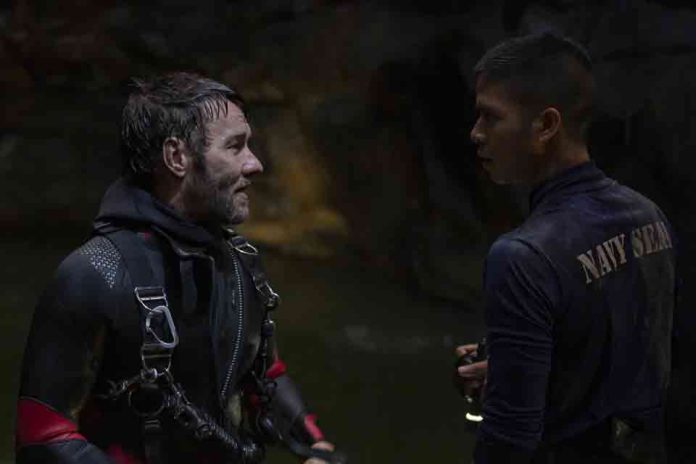 Prime Video is all set to enthrall fans with its upcoming biographical survival film, Thirteen Lives. This rescue drama is based on the real-life incident of 12 Thai junior soccer players and their coach, who were trapped in an increasingly dangerous flooding cave in Thailand for over two weeks in 2018. All of them were rescued through a massive international rescue operation. Colin Farrell, Viggo Mortensen, and Joel Edgerton play diving team players, who leave no stone unturned to save the boys. Recently, Colin Farrell opened up about how he overcame his fear of water while shooting. He also expressed gratitude towards diving expert John Volanthen, who empowered him with his real-life experiences.

Talking about his fear of shooting amid tunnels underwater, Colin shared, “I was talking to Jason Mallinson (one of the divers) one night, and for the first time I articulated that I was really nervous in the water. I wasn’t a great swimmer at all. I wasn’t fully comfortable at any time in the process of shooting underwater.”

“There was a point where I was thinking why I signed up for this! I had no idea that there would be as much diving. When I think of the nervousness of going into the tunnel system the first day versus the last day, I started getting nervous towards the end. I started to lose my mind. But we had incredible teachers, Rick Stanton and Jason Mallinson, as extraordinary references. It was an amazing adventure because you to get to do something you would never get to do.

Colin, who plays the character of diver John Volanthen, was pleased to receive guidance from the ‘man himself’ throughout the filming. Revealing how John helped him brave tough situations, Colin said, “John was incredibly generous with his time. He is a really lovely man with a lovely sense of humour. He is pathologically calm under pressure, which is exactly what you needed in this situation those four years ago.

“Since we were constantly traveling, John was available to me via FaceTime, and we would speak for an hour or two. He was open and I would ask him anything about his life, for both cave diving as a hobby, about the particular events and how they unfolded, about what his thought process was during it all, when he got nervous, if he got nervous, all of it really! He was incredibly generous, a great resource for me, and was heavily involved,” he continued.