The CEOs expressed appreciation for the steps taken by the Prime Minister to improve ease of doing business, and his various initiatives including his push for infrastructure development and Digital India. Many CEOs expressed keen interest in the Indian start-up sector, and showed willingness to invest in entrepreneurial ventures and innovative start-ups. The CEOs mentioned taxation issues and residual bureaucratic bottlenecks as some of the concerns that still existed with regard to investment in India.

Making a strong pitch for increased investment in various sectors in India, the Prime Minister outlined his vision for “Start-Up India, Stand-Up India.” He said that along with the public sector and private sector, he was laying emphasis to individual start-ups and entrepreneurs – whom he referred to as the “personal sector.” He said start-ups and innovation had been at the heart of the IT revolution.

The Prime Minister expressed satisfaction that all the CEOs at the roundtable had not only spoken about India’s possibilities, but also voiced their confidence in them. He noted that they had articulated their concerns clearly.

The Prime Minister highlighted the economic successes over the last fifteen months. He said FDI in India had increased substantially over this period, a trend contrary to what was seen across most of the world, and this showed increased investor confidence in India.

The Prime Minister mentioned some specific sectors where there was great scope for innovative solutions in India, including insurance products for the agriculture sector and the health sector. He mentioned defence manufacturing, electronic goods manufacturing, renewable energy equipment, railways and metros, Clean India and Digital India as sectors where immense potential existed for investment. He said 50 million new houses by 2022, broadband connectivity for 600,000 villages, doubling of railway capacity and 175 Gigawatts of renewable energy generation were some of the concrete targets his Government had set, which created huge investment opportunities. 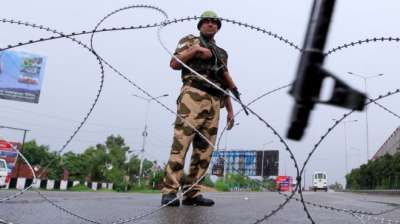