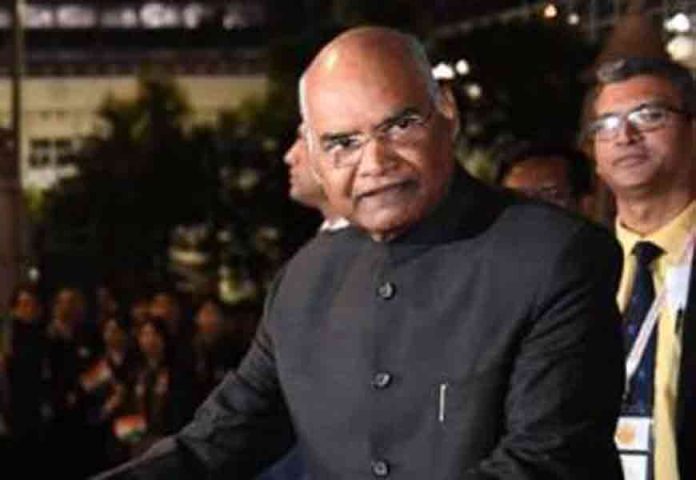 Speaking on the occasion, the President said that youth are both the present and the future of any country. Their talent and ability play a special role in making a country proud. Therefore, it would be fair to say that today’s youth is the history creator of tomorrow.

The President said that we know that India has the largest population of adolescents and youth in the world. This is called the ‘Demographic Dividend’ which is an opportunity for our country. We should take all necessary steps to take advantage of this opportunity. It should be our aim that our youth contribute to the maximum in the development and progress of the country. The future of our country depends on the enterprise and determination of the youth.

The President said that it is a matter of great pride for all of us that Indian youth have laid the foundation of many start-ups by their talent and hard work. Today’s youth is on the path of becoming a job creator rather than a job seeker. It is very important that the youth acquire some kind of skill and choose their career on the basis of that skill. Today’s era is of specialization. Only technology and expertise can take our youth to the top.

The President noted that as of 29 June 2022, 103 unicorns have been established in India, with a total valuation of approximately $336 billion. He said that today, 1 out of every 10 unicorns in the world are in India. He also noted that as of May 2022, 47 companies across the world have achieved decacorn status in which four are Indian start-ups and three of them are run by youth. Pointing to the increase in the number of unicorns in India even during the COVID-19, he said that this pandemic has caused great socio-economic suffering globally, but even during this time our young entrepreneurs have set a wonderful example of courage and talent.

The President said that the culture and civilization of our country is very ancient. And since ancient times, we have adopted the principle of unity in diversity. The land of India has always been adorning various civilizations and traditions. He was happy to note that ‘My Home India’ is spreading the spirit of national unity and integrity through its various initiatives. He said that the youth conference to make the young people aware about nationalism is a commendable effort. He appreciated ‘My Home India’ for instituting awards like ‘One India’ and ‘Karmayogi’. He noted that this NGO is also engaged in many social works.

The traditional rural way of living could guide the world community in facing the challenges of climate change : President

Koli Samaj to take a pledge that they would not only increase the prestige of our society but also continue to contribute in the...

We are living in an era where innovation and entrepreneurship are appreciated and encouraged : President