Home Other Investigation News President of india will be reviewing the Naval Fleet comprising over 60... 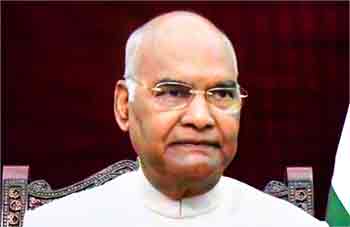 The President’s Fleet Review, an awe-inspiring and much-awaited event, will be conducted at Visakhapatnam on Monday, 21 February 22.  Shri Ram Nath Kovind, Hon’ble President of India, who is also the Supreme Commander of the Armed Forces, will be reviewing the Naval Fleet comprising over 60 ships and submarines, and 55 aircraft.  This will be the twelfth Fleet Review and has a special significance that it is being conducted on the occasion of the 75th anniversary of India’s Independence being celebrated as ‘Azadi Ka Amrit Mahotsav’ across the Nation.

The President’s Yacht is an indigenously built Naval Offshore Patrol Vessel, INS Sumitra, which will lead the Presidential Column. The yacht will be distinguished by the Ashoka Emblem on her side and will fly the President’s Standard on the Mast. After a Ceremonial Guard of Honour and a 21 Gun Salute, the President embarked on the Presidential Yacht INS Sumitra would sail through 44 ships lined up at anchorage off Visakhapatnam. The review will have a combination of ships from the Indian Navy as well the Coast Guard. Ships from SCI & the Ministry of Earth Sciences will also be participating. In this most formal of naval ceremonials, each ship dressed in full regalia will salute the President as he passes. The President will also be reviewing the Indian Naval Air Arm in a display of spectacular fly-past by several helicopters and fixed-wing aircraft. In the final stage of the review, a mobile column of warships and submarines will steam past the Presidential Yacht. This display will also showcase the latest acquisitions of the Indian Navy. Further, several enthralling waterfront activities, including Parade of Sails, Search and Rescue Demonstration at Sea, Aerobatics by Hawk aircraft and Water Para Jumps by the elite Marine Commandos (MARCOS) will be conducted.

The Review will be followed by the release of a special First Day Cover and a commemorative stamp by the Hon’ble President in the presence of Raksha Mantri Shri Rajnath Singh and Minister of State for Communication Shri Devusinh J Chauhan.

The ships at anchorage will be ceremonially dressed overall with various naval flags in full regalia during the day.  They would be illuminated from sunset to midnight on 19 and 20 February 22, which can be witnessed by the citizens of Visakhapatnam from the Beach front.