Home Business Pray tell us where is the economy going? 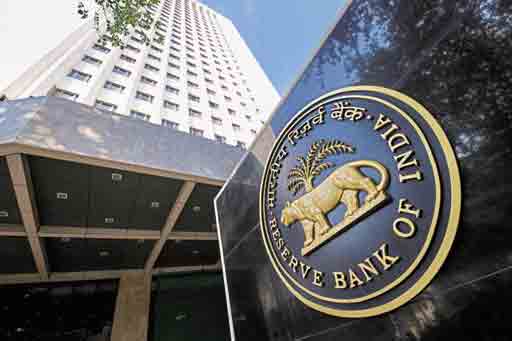 Over the last several months we have been hearing claims about the economy going great guns. Government leaders tell us that we are growing at 7 per cent a year while the US economy is going at 3 per cent only. However, we are not told that the US economy is 10 times larger than ours, and growing merely by 3 per cent it is becoming far bigger than an economy of a smaller size growing at a higher rate. Besides, the US population is around one-fourth of ours, which means they are far more richer on per capita basis.

Amid such misleading claims we are told by experts (and some government officials) that our present unemployment rate is highest in 40 years as we hear projections of becoming a $5 trillion economy in the next few years. Meanwhile, the Niti Ayog chief (technically, vice-chairman) Rajiv Kumar says the liquidity situation in the finance sector and weak private investment in the economy has produced “an unprecedented issue.” He says: “For the last 70 years we have not faced this kind of a liquidity situation. Entire financial sector is up in a churn and nobody is trusting anybody else…” (Since then he has modified his stance blaming everything on media misrepresentation.)

Following Jalan (former RBI governor) Committee report, the Reserve bank of India has transferred Rs 1.76 lakh crore to government to use it in a huge capital expenditure programme to arrest the economic slowdown and try to revive it. But, is it going to work? Two former RBI governors–Raghuram Rajan and Urjit Patel–had been opposing such a move by government, cautioning that it could hit the RBI’s rating and increase its borrowing cost.

The mailaise is far more deeper than can be addressed by a Rs 1.76 lakh crore bailout from the RBI. Go to the villages and you see armies of otherwise productive youth roaming aimlessly, without a job, without hope, reminiscent of pictures of swarms of young jobless Americans on their city streets during the Great Depression of 1930s. Their eyes vacant, faces glum, living pictures of desolation, they were the symbols of how economic depression can destroy the morale of a nation.

The jobless youth thronging our village nukkads and tea stalls by the roadside were busy men earning enough in the cities for themselves and to save money for their families in the villages till note ban destroyed the informal sector in which they were working. When they went home rural wages stopped growing as there were more workers available to work at low wages. That one fatal mistake destroyed the entire economic eco-system of rural India.

Today, all indicators of a thriving rural economy are down. Building material sales have crashed and there is no building activity in villages easily visible (rendering rural construction workers jobless). Motorcycle sales, an indicator of rural economy health, have crashed. Some showrooms are closing. Sales of tractors, harvesters and agro machines are also facing the crunch. Other motor vehicles, too, are caught in depression.

In cities new cars have piled up in company yards as there are no buyers. Even used car sales are down. The production of cars and allied vehicles accounts for nearly a fourth of India’s manufacturing GDP. After the GST all goods and services have become costlier, dampening the consumer sentiment. With NBFCs in distress and liquidity shortage in banks there is not enough financing of such purchases.

The CAG has unequivocally declared GST as a grand failure in its report card to Parliament. On its part, the GST Council has taken away the CAG’s right of oversight on it. To cut a long story short, the people must be told what is happening to the economy, sooner the better.

Note ban, GST and ever-changing rules and regulations have brought us to this stage. Only a larger, comprehensive reform and far more larger volume of money infusion in the economy can revive the sputtering economic machine. Much larger investments are required in the economy to recreate jobs and revive comatose demand.

*Disclaimer : The views expressed by the author in this feature are entirely his  own and do not necessarily reflect the views of INVC NEWS

Rs.95,000 crore released so far to all States and UTs with legislature

This is against the nation’s policy on Atma Nirbhar Bharat