Pradhan reviews the preparedness for implementing DBT for kerosene

INVC NEWS Ahmadabad, The Minister of State (I/C) for Petroleum and Natural Gas Dharmendra Pradhan met the Food and Civil Supplies Minister of Gujarat today in Ahmadabad and reviewed the preparedness for implementing Direct Benefit Transfer for Kerosene in the State of Gujarat w.e.f. 1st April, 2016. The State Government has identified 7 districts for the implementation of the scheme in Gujarat. During the meeting, detailed discussions also took place on enhancing LPG coverage in the State of Gujarat. Shri Chhatra Singh Mori, Minister of State, Government of Gujarat was also present during the meeting in addition to senior officials of Government of Gujarat, Ministry of Petroleum & Natural Gas and collectors of the 7 districts. 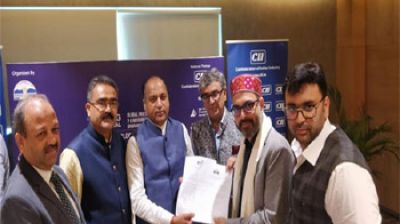 Government is pro-actively striving to promote clean fuel in the...

India wants a long- term partnership with Colombia in oil...