Home Other Food World Portugal – A land of flavours 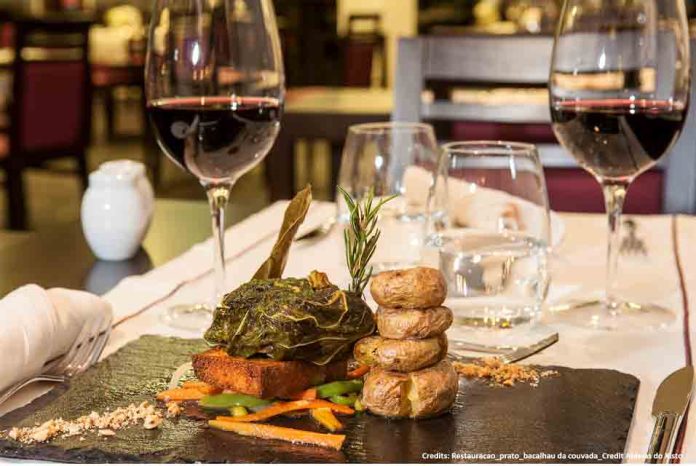 The cuisine of any location is a major factor in choosing a travel destination and there is no doubt that Portugal’s cuisine is as rich and diverse as its landscape. Portugal is home to amazing restaurants and world-class chefs.  It is a hub to around 27 Michelin star restaurants across the country. Lisbon, the capital, boasts nine Michelin-starred restaurants. The presence of many Michelin-starred restaurants in Portugal’s capital city speaks volumes about the country’s booming culinary sector.

Portugal’s cuisine is one of its best-kept secrets. There is something in Portuguese food for everyone’s taste buds. The most distinctive feature of Portuguese cuisine comes from the sea. Portuguese olive oil is also of prime quality and is part of every dish, including cod (for which it is said that there are 1001 recipes!)

The Mediterranean Diet, classified as World Heritage by UNESCO, is part of the identity of the Portuguese gastronomy. Its basis is plants, including vegetables, fruit, good quality bread and largely unprocessed cereals, dried and fresh legumes (beans, chickpeas, broad beans, etc.), dried fruits and nuts (walnuts, almonds, chestnuts, raisins, etc.), but also olive oil as the main source of fat, and fish at th e expense of red meat.

Each dish is matched to the right wine. Portugal is a country of strong wine tradition. The whole country produces excellent quality of its wines which is recognised across the world, with numerous awards and distinctions won in international competitions. And wine is an excellent excuse to also discover the landscapes, heritage and culture. Portugal’s wine routes will provide some excellent trips to discover a pleasure that has been perfected over time. From Port wine to Douro, Alentejo, or Madeira, each wine has its own distinct flavour.

Portuguese sweets are a divine. The result of the balance between flavour, creaminess and crispiness is another icon of Portuguese cuisine, considered a truly heavenly sweet: the pastel de nata (custard tart)! It is a must. It is delicious with coffee, which we drink in the form of espresso.

One of Portuguese cuisine’s best qualities is the close culinary ties it has to Indian cuisine. Indian restaurants can be found practically anywhere in the nation and are widely dispersed.

There is so much to see and do in Portugal that you will surely need to extend your trip there in order to experience the delectable local cuisine.

A day out shopping in Bahrain Where to go and what to buy!

Nobu hospitality’s debut pool and beach club, Nobu by the beach is set to open at atlantis the royal in q1, 2023