Pollution one of the exploding reason for increasing stroke risk

New Delhi ,
Not just in high risk patients, tiny particles of air pollution can also increase the risk of stroke in younger and healthy population by damaging the inner lining of their veins and arteries.

About 15 million people a year suffer a stroke worldwide. Nearly six million die, and five million are left with permanent disabilities, such as loss of sight and speech, paralysis and confusion.

Earlier it was thought that air pollution increases the risk of stroke for elderly and sick but studies have found that even seemingly healthy young adults are also at risk who are usually have less prevalence of such neurological problems.

It was estimated that number of fragments of dead cells in the bloodstream increased with increased levels of pollution. [2] Result suggested that polluted environment promote stroke incidences more pervasively and at earlier stage than previously thought.

As per WHO report about 34% stroke deaths occur due to pollution .

Dr Praveen Gupta Director Neurology, Fortis Memorial Research Institute, says “With the current scenario, the situation is getting worse. Many patients of young age group are coming in who suffer from stroke. We get around 2-3 new young patients almost every month. The number of young stroke patients has almost doubled as compared to last few years. Studies suggest that major risk factors like air pollution and smoking increases stroke incidences both in the short term and long term,”

Dr. Vinay Goyal, Professor, Department of  Nuerology, AIIMS says" Pollution is one of the exploding factor for increasing the stroke risk  in people living in polluted regions like Delhi/NCR. High level of PM 2.5 level in the air increase risk of cardiovascular mortality.  Internationally studies have linked relation between pollution and stroke risk, In India situation can be more dangerous. Side effects pollution are like Volcano waiting to explode. If we don't take Care now. It will be impossible to handle it later "

Experts concern about the fact that quality of air in Delhi/NCR is already very toxic with change in weather condition. With such high rates of pollution, rates of strokes will only increase unless strict actions are taken.

Emphasizing on the importance of awareness about major risk factors associated with stroke, many experts advocated population based approaches to prevention. Every year, on October 29th, World Stroke Day is observed to underscore the serious nature of stroke cases and raise awareness about the condition and associated risk factor to control the burden of stroke.

There is a need of collaborative action from government, healthcare community and NGOs to come together on common platform and devise strategies to reduce risk factors and control the rates of stroke. 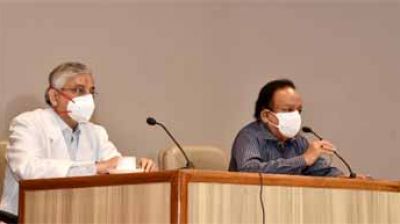 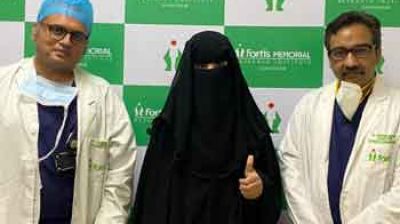 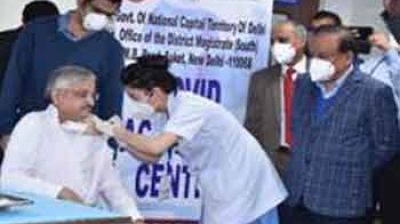 This will be a landmark in the area of medical...

Non-Contact Thermometers Miss 5 Out of 6 Fevers