Home Health Doctors made a big disclosure on this rare disease regarding polio infection... 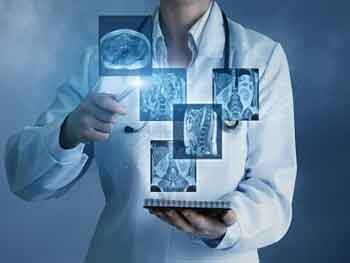 The concept of polio-free society was made by medical scientists all over the world, but developing countries are still not completely free from it. New York health officials announced on July 21 this year that a case of polio infection has been found in the US after 2013. However this US citizen was not vaccinated.

Before the discovery of a safe and effective vaccine in the mid-twentieth century, polio was a common cause of paralysis in children. But today polio has been largely eradicated due to the global vaccination campaign. Till date in the year 2022, only 13 cases of wild polio virus have been reported worldwide. A polio-infected man from New York reportedly came in contact with a type of polio virus that is weakened and used to make an anti-polio vaccine. But this type of vaccine has not been used in America since the year 2000. Health officials said the virus affects male patients who have muscle weakness and paralysis.

This type of poliovirus may have originated in a foreign country, where vaccines are still administered. William Petrie is an infectious disease specialist and chair of the World Health Organization’s polio research committee. He explains what the vaccine-causing polio virus is and why the inactivated virus-based polio vaccines being administered in the US today do not cause such viruses to arise.

Two Types of Polio Vaccines? The harmful type of virus is introduced into the body through vaccination. The idea behind this is to train the body to fight the actual virus, so that if there is an infection with the actual virus, the body can fight it. A live, attenuated polio virus is used to make the injectable polio vaccine, originally developed by Albert Sabin. The second type of polio vaccine was originally developed by Jonas Salk. In this vaccine, inactivated and dead virus is used, and it is given with the help of injection.

In the US, children are given the inactivated polio vaccine at two, four and six months of age, which provides almost complete protection against the paralyzing polio virus. How is live virus based vaccine related to polio cases? The presence of a weakened form of the virus in the administered polio vaccine cannot give rise to the disease.

But this vaccine is given by mouth, so weakened viruses are spread through feces. This can spread the virus to people who come in contact with the person who has been vaccinated. If this weakened virus continues to mutate from person to person over a long period of time, it can regain its ability to paralyze. The mutated virus can cause paralysis by infecting people in communities with poor sanitation and low vaccination. PLC/GT