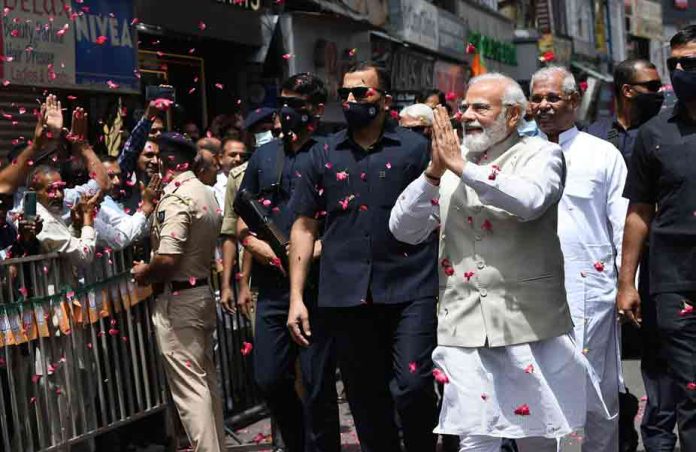 Prime Minister Narendra Modi is going to reach Babanagari just before the world famous Shravani Mela. It is said that the date and time have also been fixed for the arrival of the Prime Minister to Deoghar, but the green signal of the PMO is being awaited for the announcement.

By the way, according to the schedule so far, Prime Minister Narendra Modi is going to come on his one-day Deoghar tour in the second week of July. According to the schedule so far, the Prime Minister will offer prayers to Baba Vaidyanath, the best among the twelfth Jyotirlingas in Deoghar. He will also address a public meeting at Deoghar College ground after offering water to Baba. For this, preparations have been started at different levels.

He too will visit Prime Minister Babanagari just before the inauguration of the world famous Shravani Mela. By the way, Narendra Modi had come to Deoghar for the election campaign of party candidate Nishikant Dubey in the year-2019 Lok Sabha elections as caretaker Prime Minister.

Addressing the public meeting at Deoghar Airport ground, he had sought votes for Nishikant Dubey. It is being told that Prime Minister Narendra Modi can also inaugurate Deoghar airport in the course of his Deoghar tour.

Along with this, apart from big projects of railways, many big gifts can also be given for Jharkhand. There is a lot of enthusiasm among the general public just because of the program of Prime Minister’s arrival in Deoghar.